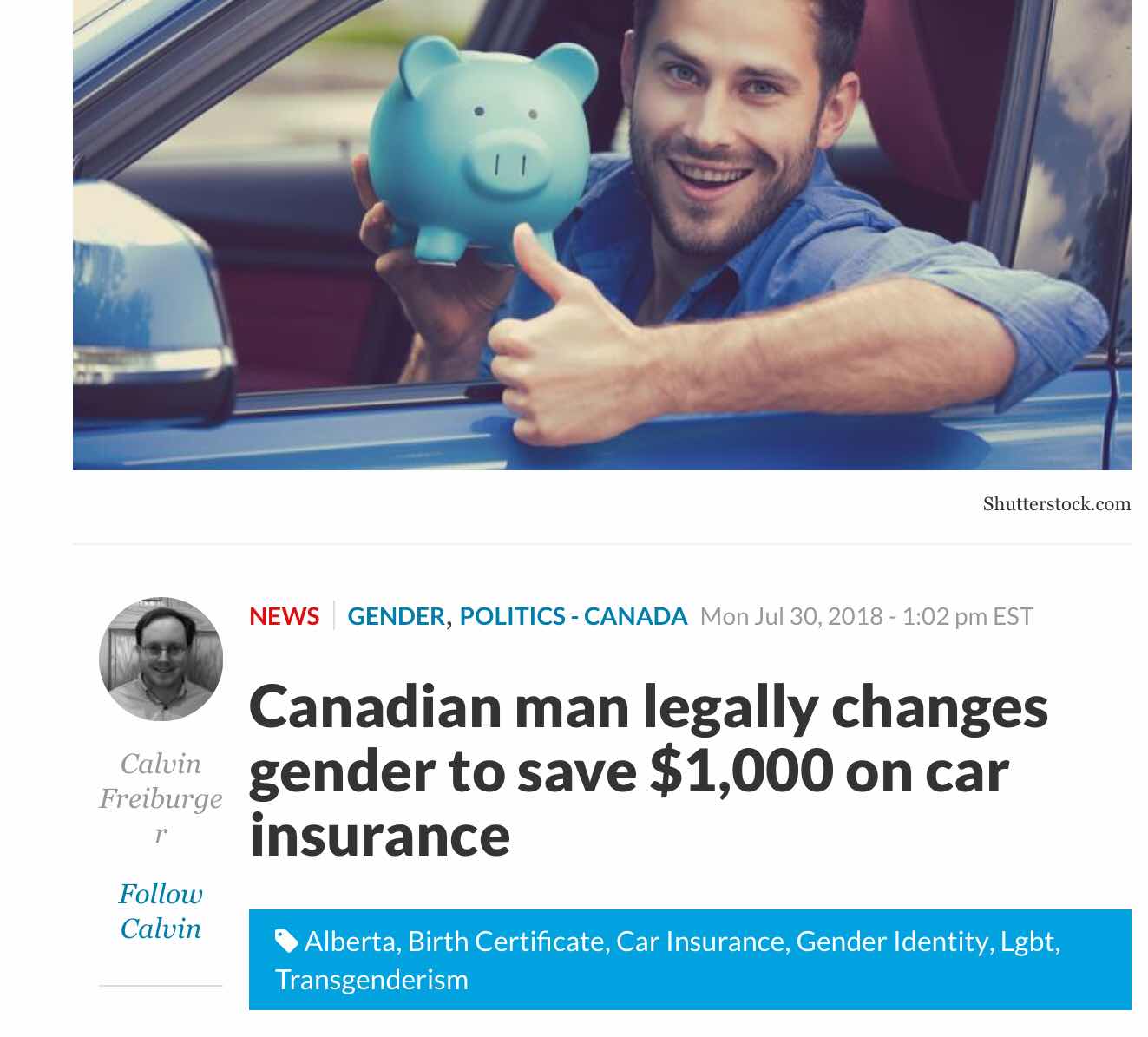 Yeah, the libs up there who passed the whole "I identify as" laws are royally ticked; accusing him of perjury, among other things. My view: prove it.

Well, he did shoot his dumb Canuck mouth off with that "I'm 100% man". So he may have screwed himself. But hey, all he has to say is that he identified as a female when he got the policy. According to the Libs, gender is dynamic and can change at whim, so there.

There are 2 genders, and you're born with 1 of them. The rest is mental illness.

It won't pay off in the long run. His boss is likely already adjusting his pay so that he only makes 77 cents on the dollar of what he was making before.