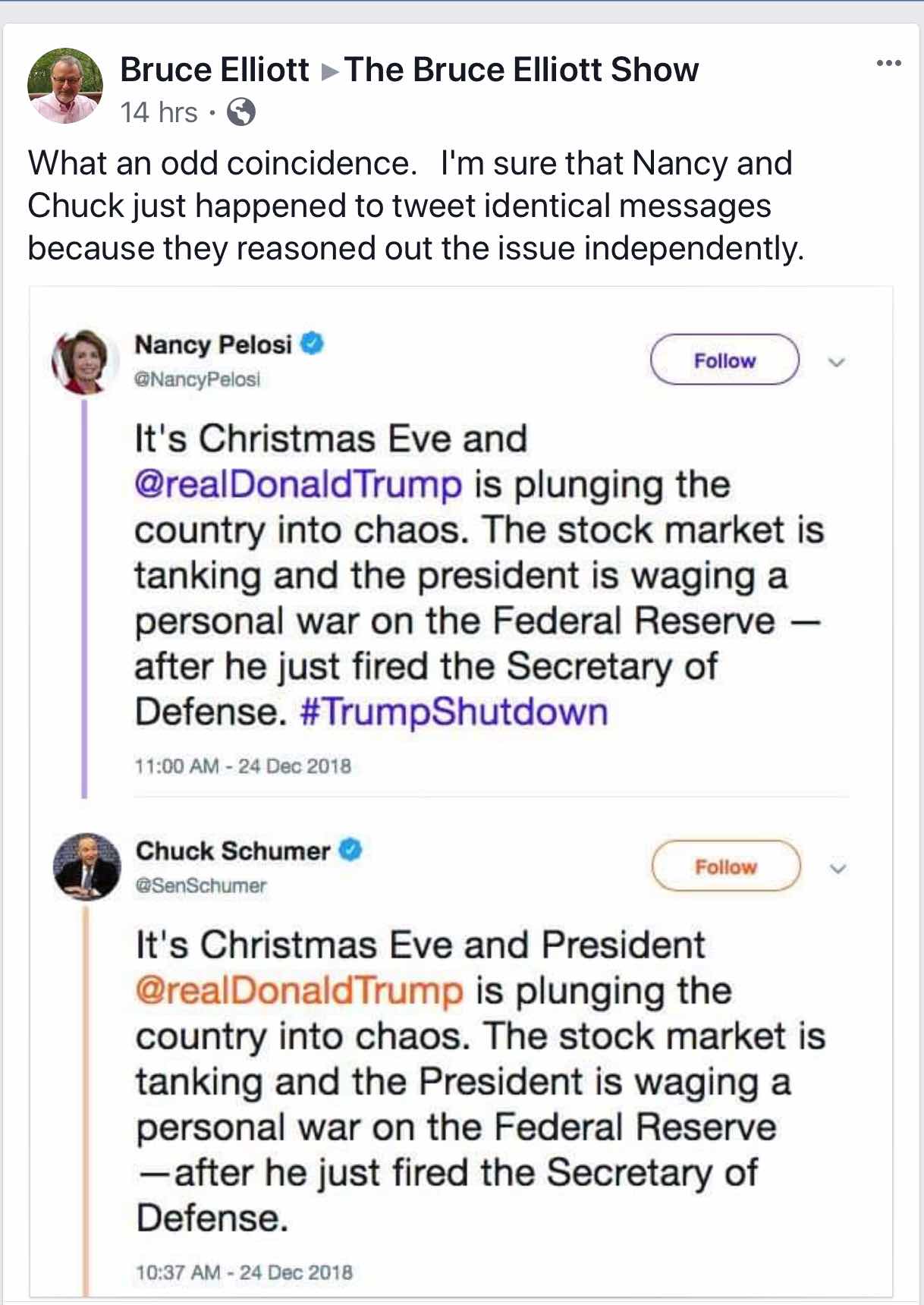 There's no sinister collusion here. Because Pelosi is too stupid to write in complete sentences, I have to think that Chuck wrote that and Nancy just forwarded it.
Lt. Col. Gen. Tailgunner dick

To think they will be in charge... COME ON METEOR

Written by staff who are on Soros' payroll.

These next two years are going to be like the clown circus has moved to Washington, D.C., and we all have ring-side seats.

It's all scripted by the same people who wrote out Obama's "deep thoughts" for him to read off his teleprompter.

The hive mind only needs one imput, then it's off to work they go like the mindless drones they are! Don't talk about them thinking for themselves, that only confuses them. They wouldn't know how to handle an independent thought!