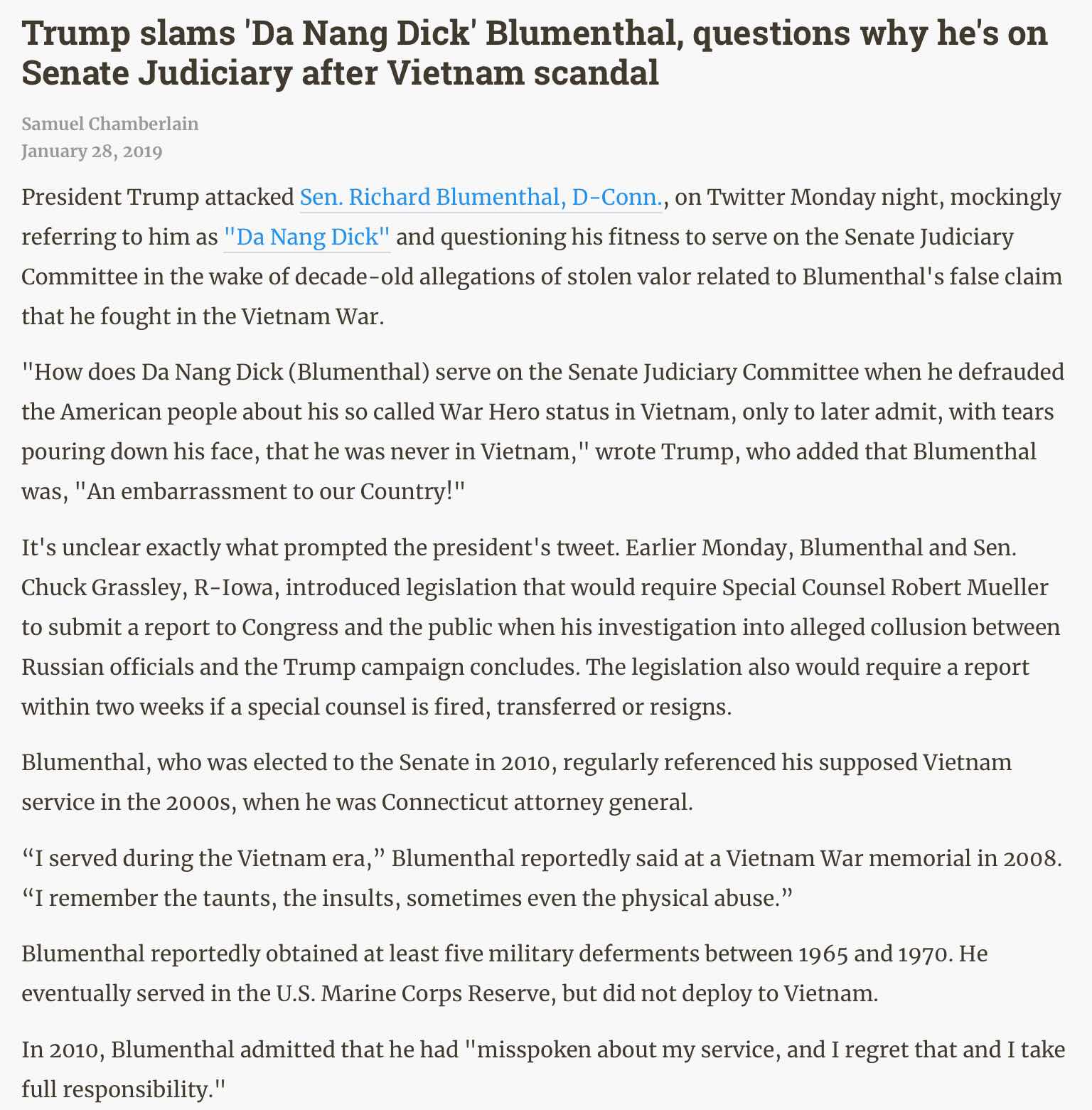 Dick must be thoroughly embarrassed to think Jane Fonda has more time in Vietnam than he does.

Just amazing what kind of people the voters of Connecticut put into office. They must enjoy
being lied to.

That's at the root of the problem. He "takes responsibility" but suffers no consequences.

There was a time, not so long ago, when the good citizens of any jurisdiction of these United States, would have run his ilk out of town on a rail after a good tar-and-feathering. Now they're elected to Congress in perpetuity, with right of hereditary primogenitor in some cases. Spit indeed.