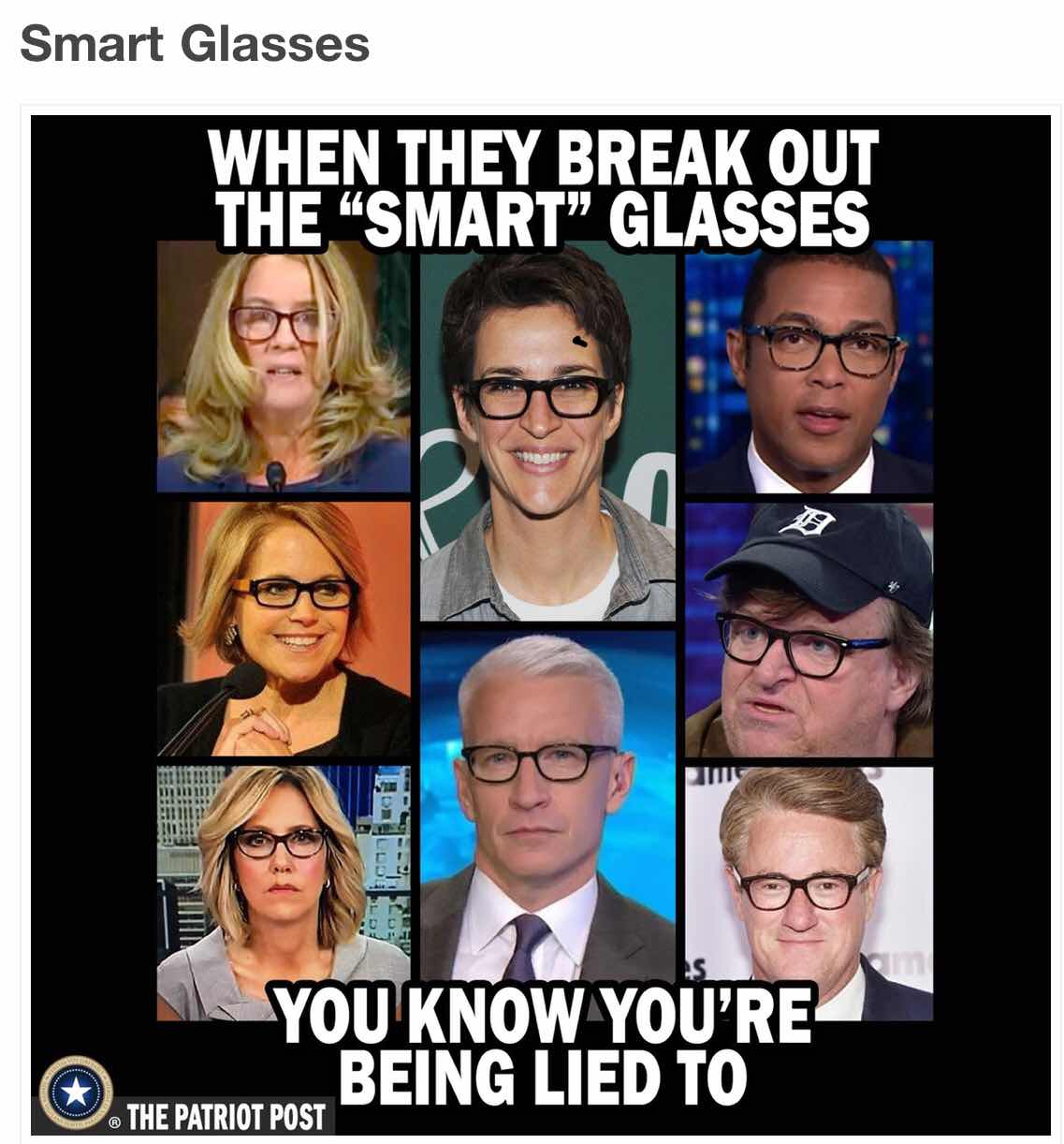 I'm offended. As a life long glasses wearer, these chum suckers are doing something like cultural appropriation with them, putting on lo-glam frames with fake lenses in them, trying to look smart. They're only fooling themselves. But it is a trend, everywhere, especially with corporate women.

It gets even worse in another way with the eyeglasses ads. The pretty models are wearing the frames with no lenses in them, not even pretend ones. It's kind of insulting. All my life being a four-eyes was some kind of handicap; I'm not going to roll over and just accept these fakers horning in on it and getting "stolen valor" glory from it. Yes, a very high percentage of really smart people do wear glasses. But wearing glasses does not make you look smart.

Who can I sue over this? Isn't that the proper response these days?

The military jargon for that ugly dark plastic frames you were issued in boot camp was BC - for Birth Control glasses.

Forget the glasses. I look to see if their lips are moving.