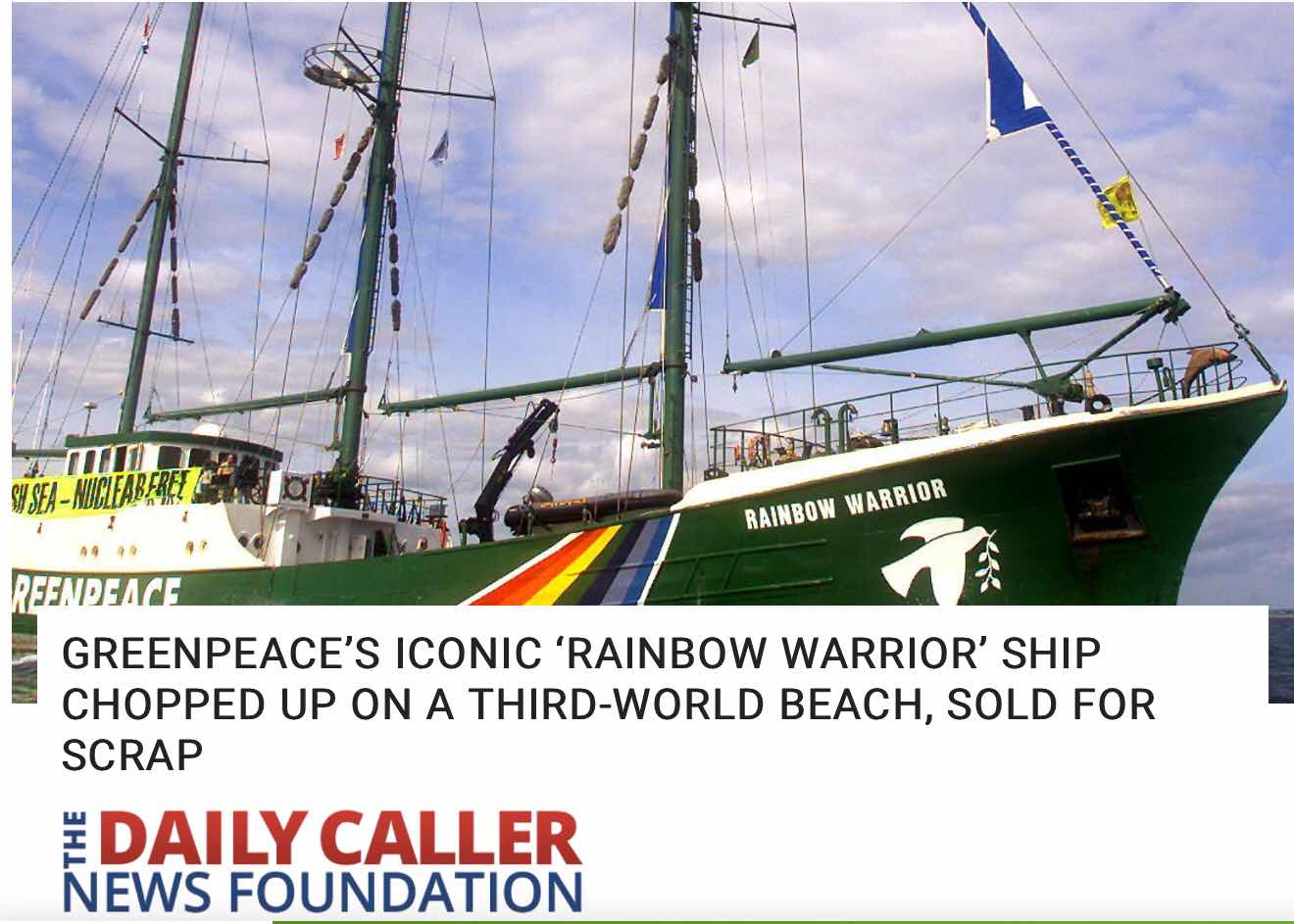 That's particularly great since the Rainbow Warrior was put out of action by French intelligence. Nowadays, the French President, Macaroon, is trying to finance Rainbow Warrior's family. Looks like the French people are having none of it.

Macaroon is on thin ice these days . The French military command has sent him warning letters.

I must say the commenters on Curmudgeonly & Skeptical brighten up my days.

Now Greenpiece is saying they messed up on that. First time I've ever seen them admit they're screwups. Amusing side-note: "Rainbow Warrior II" wasn't fully sail-powered as GP portrayed it - it had two diesel engines.

As cajun observed, the sinking of Rainbow Warrior I was indeed a great naval victory for France.

"The white whale tasks me."

PUH-LEEZE, Raja!! We can't stand too many more heartbreaking stories like this one! [Hyuk, hyuk!]

Prolly the manliest thing the French did in my lifetime.
Tim