Tell me what part of this wasn’t known from the get go? 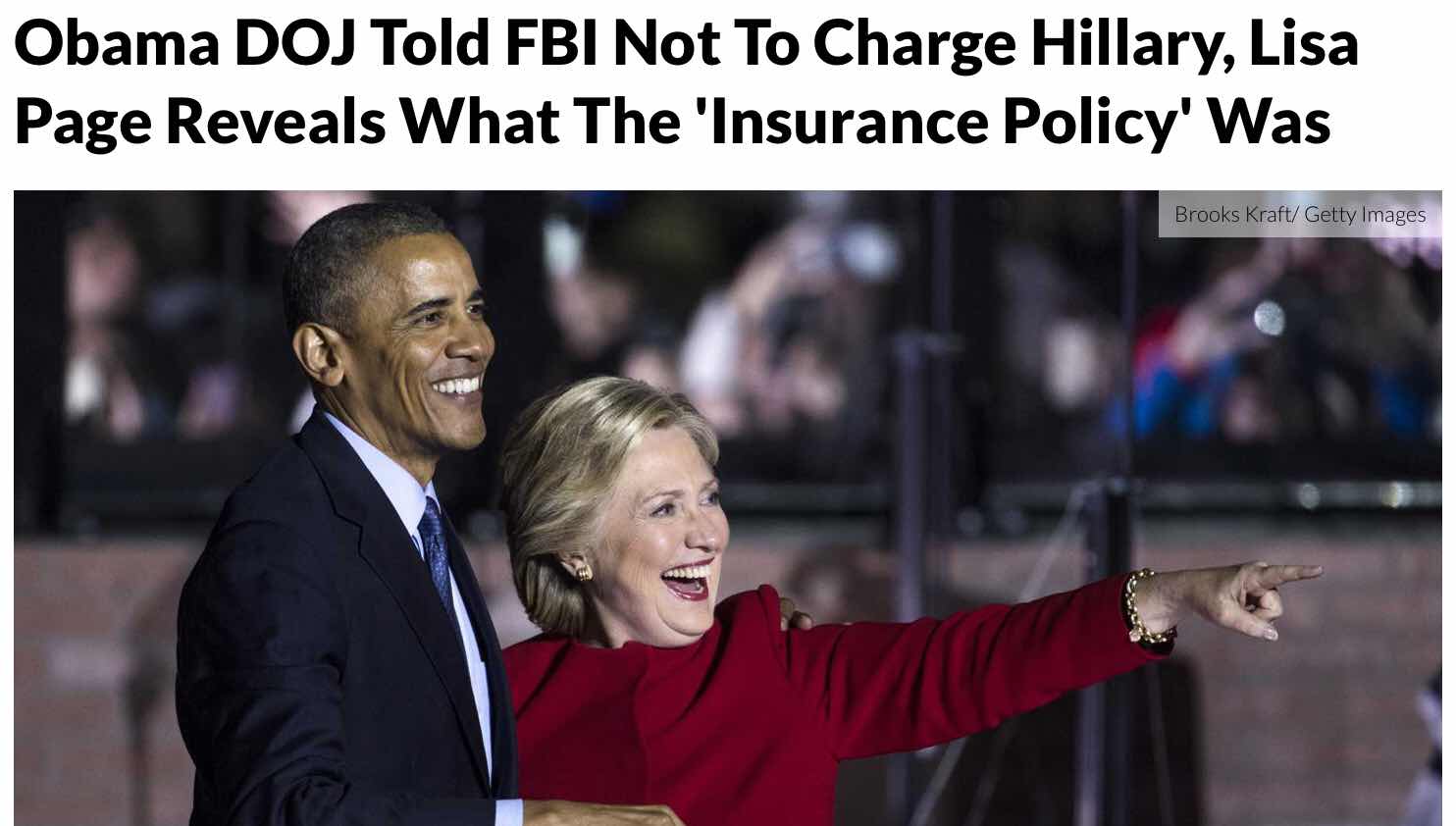 Page and Strzok, who both hated then-candidate Donald Trump and were pro-Hillary Clinton, were involved in the FBI’s initial counterintelligence investigation into the Trump campaign.

In an August 15, 2016 text message, Strzok texted Page: "I want to believe the path you threw out for consideration in [deputy FBI director Andrew McCabe’s] office that there's no way he gets elected -- but I'm afraid we can't take that risk. It's like an insurance policy in the unlikely event you die before you're 40…"

The Daily Wire's Ben Shapiro wrote the following about the text message when it was released in December 2017:

This looks an awful lot like motivation for launching an investigation into Trump in order to sink Trump as a hedge against Trump’s victory. The FBI’s investigation into Russian governmental interference in the election began in July 2016, just weeks before Strzok’s text message. And that means that there is now more of a smoking gun of FBI corruption against Trump than there is of Trump colluding with Russia