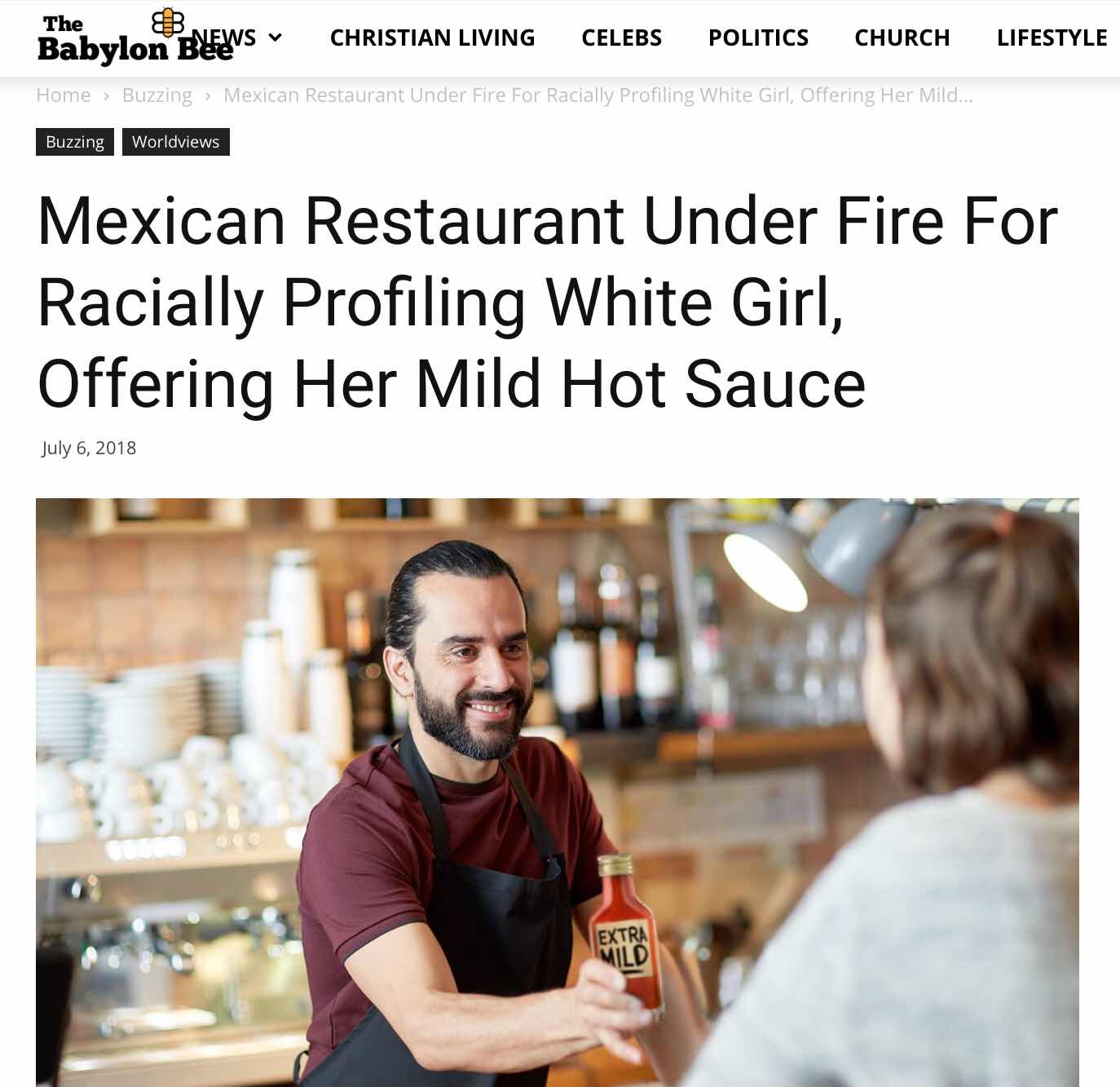 I like mine with Trinidad Scorpion sauce. The last time I overdid it, I
ended up crapping flaming napalm and it took a few days for my stomach to
settle down! I read this story a few days ago and I think the woman
went overboard like one of those fembots who shout how dare you assume
my gender after being call Maam.

Years ago, living in Seattle, I'd finish my shift at the Hasty Tasty (in the U. District) and Joanie would swing by in her MGB and we'd go on down to the Tai Tung and eat at the counter, where the menu consisted of paper signs taped to the mirror with Chinese characters and a rough English translation. I decided to order "Sour Bamboo", but the counterman (who knew us) said, "No, that's not for white people." But, like Hillary, I persisted, and I found out why sour bamboo is not for white people: It tasted like the floor of the monkey house at the zoo! Or maybe the elephant house. I'm still not sure. But, even though the term "racial profiling" was unknown to us back then, I should have taken heed when I was being "racially profiled".

Epilogue: When my late friend Lewis J Elfstone came to visit, while waiting for me to finish up at the Hasty Tasty, he got hustled in a game of high-stakes backgammon and I had to cover his losses. I was pissed off, but I had still promised to take him to dinner at the Tai Tung. We drove down there in my van and I ordered the Sour Bamboo for him. He took a couple of bites but wouldn't let on how hideous it was; instead, he said "Yours looks good, too" and wound up eating half of my Squid Chinese Style (with preserved ginger -- Joanie used to say it was like eating perfumed rubber spiders). Then he got his Sour Bamboo packed up to go, and "accidentally" spilled it in my van on the way back to the U. District. Luckily, I was able to find a little store open, where I bought a bottle of Pine-sol, or the stench of that Sour Bamboo in my van would've made me drive into Puget Sound.

Hard to get much more white than most Finns
Yet when most Americans try the Finnish candy, Salmiakki, this is a common result, https://www.youtube.com/watch?v=9o3BqhA-VPU