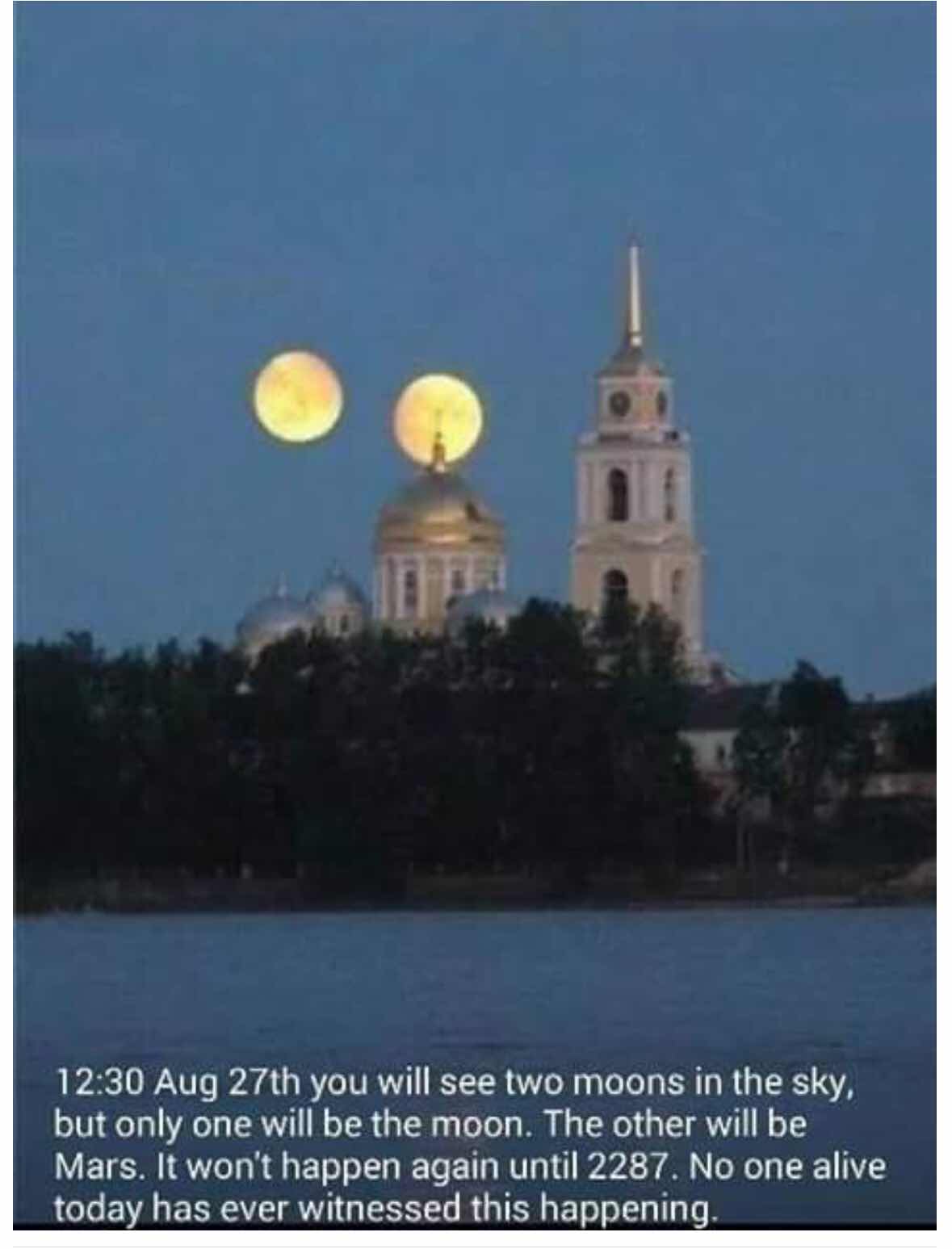 IT'S A HOAX!
From; http://earthsky.org/astronomy-essentials/double-moon-on-august-27

This hoax circulates every August. It’s in the top 10 most-searched-for subjects
at EarthSky this week. Is it true? No. Mars won’t be as big as the moon on August
27, or ever.

This image – or one like it – sometimes circulates on Facebook, with the claim
that Mars will appear as big and bright as a full moon. It’s a hoax. Don’t believe
it.

[Just another example of why I have FARCE-BOOK, INSTA-CRAP & TWATTER blocked]

Yeah if Mars ever looked that big in the sky, we'd be fu*ked royally with gravitational issues that would wreck nearly everything nailed down or not...

Good thing the Earth is flat, then.

Maybe it's Calypso Louie's "Mothership". Maybe all the Mooslimes (including the Nation of Islam) will be taken aboard (and go back to whereverinthefuck they came from. Hey, it gives us something to pray for!