Forest Hills High School’s band performed the skit against Brookhaven High School. Two officers in Brookhaven, Mississippi, were shot and killed in gunfight less than a week prior to the halftime
routine. 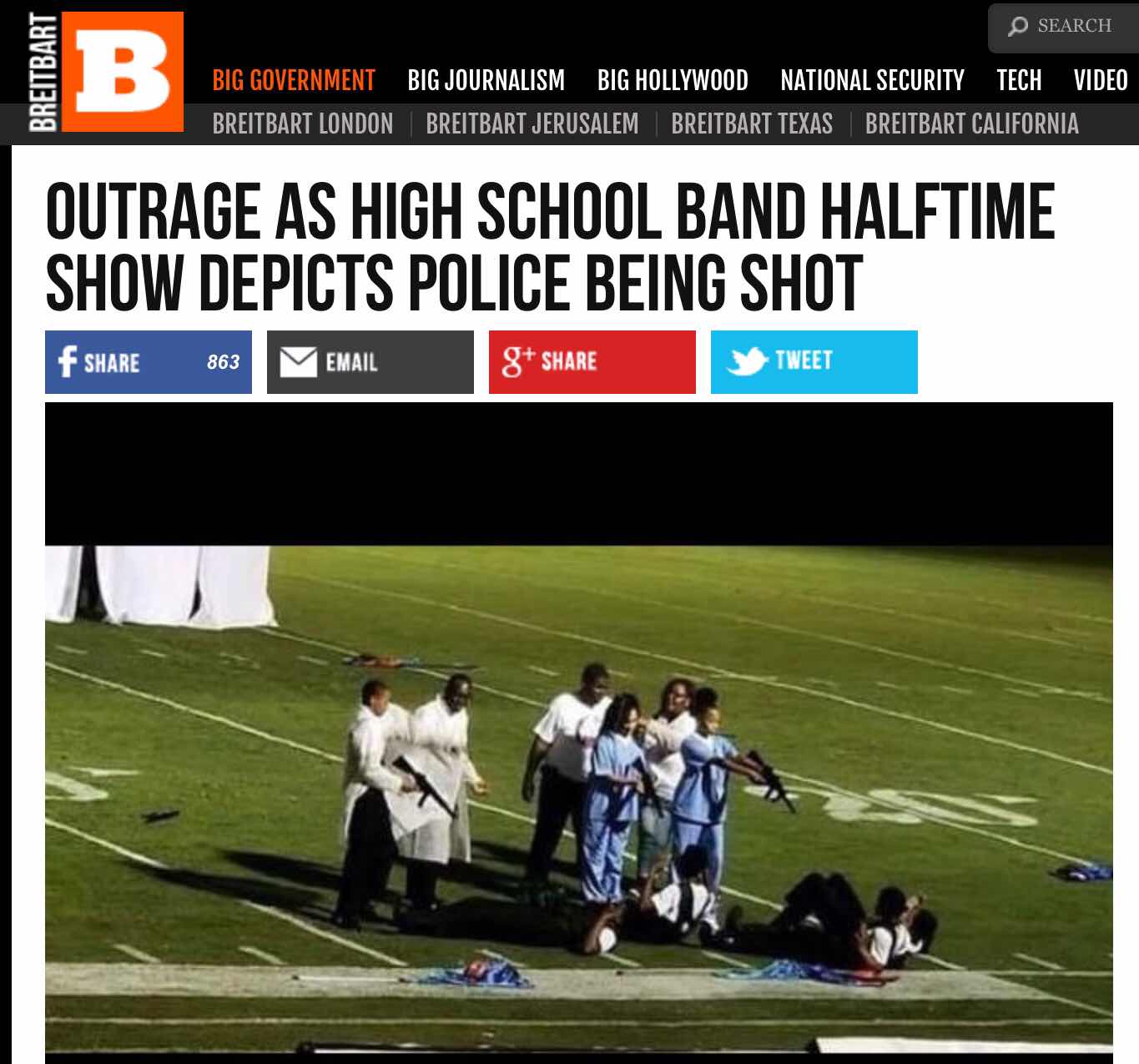 Even if this was just a recreation of a scene from a movie, what purpose did it serve to produce it at a high school football game? Who approved it? is there any so-called adult supervision over these things?

And just one last thought: why is it that the depiction of murdering police officers okay but if a coach prays with his team on that same field he risks losing his job?

...what Murphy said.
Was wondering the same thing!

Maybe they ought to try their luck in France. This country's just not good enough for them, so they should leave!

There are still openings in the French Foreign Legion.

Despite its reputation as a refuge for misfits, miscreants and criminals, it takes great discipline, strength of character and hard work to make it in the French Foreign Legion. These assholes wouldn't last 15 minutes.