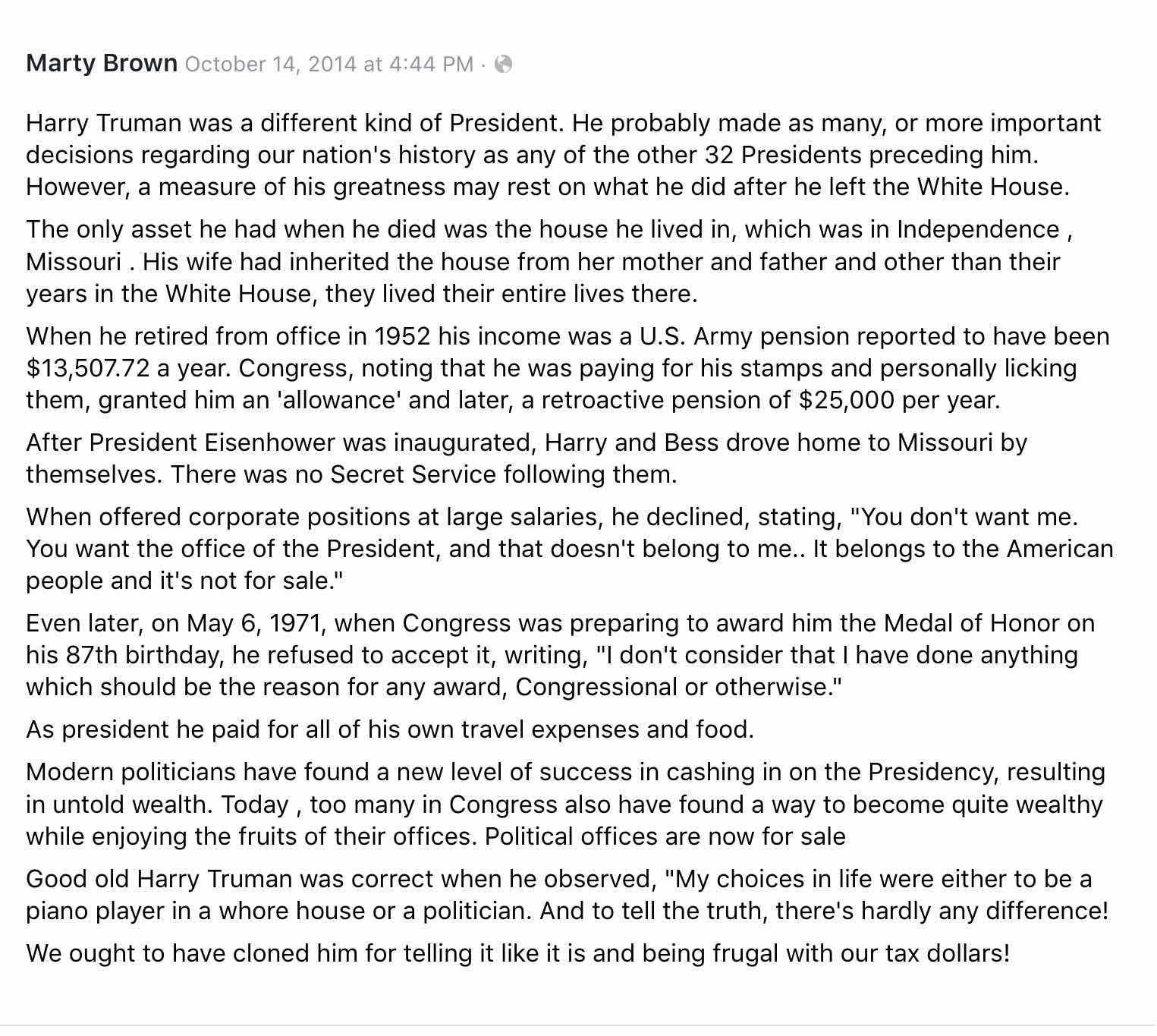 Another indicator: None of his descendants are involved in politics.

^"Inflation calculator says that $13,000 dollar pension would have been $120,000 today."
Buraq Uhbama's pension is $207,000. In addition, the General Services Administration provides former presidents with support staff, office space, and travel funds. They also receive a lifetime of Secret Service protection and their children remain protected until they are 16 years old.

Last year, the federal government spent a total of $3.25 million on the four former presidents still living, or an average of about $800,000 each, which makes Truman's inflation adjusted pension at $120,000 a pittance for a job well done.
Actually, I think the current crop of retirees is way overpaid, considering they no longer follow Truman's ethics of honoring the office, but rather capitalize on it by taking huge speech and book fees.
Lt. Col. Gen. Tailgunner dick

OK, that's all very nice. But he spent to years in the KKK at home in Missouri. Just thought I'd see that both sides got represented.

I think it was Harry Truman who said "You can't get rich in politics, unless you're a crook."

By the bye Skoonj, what is 'to years'?

Made a typo, two years. My W doesn't always want to come out. Getting more typos with this laptop. May have to replace it soon.

Yes, quite a few Democrats were in the KKK. Doesn't make it right. Not for Truman, not for Wilson. They were the party of slavery. Still are. hey don't want to lift a finger to stop slaves from coming north from Mexico.

The piano player has my respect.