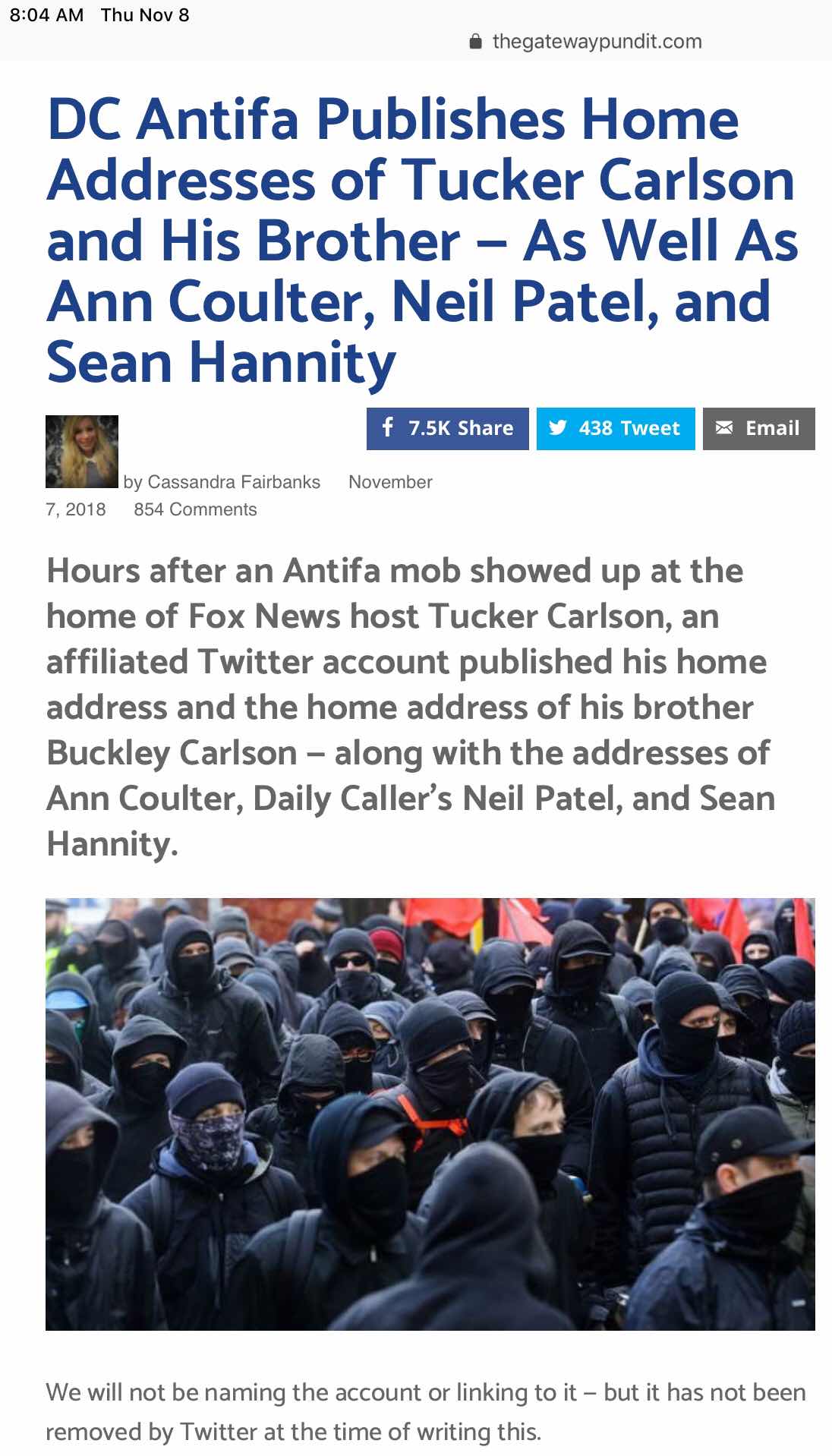 This is how the "peaceful" Left celebrates the elections. Where are the angry mobs of Conservatives? Where are the smashed windows, the burning cars? What's Nancy Pelosi's address? Don Lemon's? What would happen if a mob found its was to their front door, damaged their property, threatened their families?

Begin to make a list of these incidents. Election 2020 Began yesterday, and the Right is going to need ammunition to take back the House for Donald Trump 2.0.

If they want violence they should be given all the violence they can handle. I don't know about bear spray but a flame thrower would provide a lot of entertainment.

James Woods commented: Actor James Woods said if an Antifa thug had banged on his front door, as one reportedly did to Tucker Carlson’s front door, it would have been the last act in the “final five seconds” of the attacker’s life.

The only problem for Carlson is that he lives in DC, the anti-self defense capital of America. He might be OK if he or his wife opens fire, he might not be. I guess my Nevada-based get off my lawn order, followed by 20 or 30 rounds actually clearing Antifa out, would not work there. Maybe I would go for misdemeanor homicide.

I see more and more reasons why Hiram Maxim invented the "sound modulator".

Of course, even if these robots don’t know it, the whole idea here is to trigger civil war. That was the whole idea when installing Obama. We know who’s pulling those strings. Click Click.