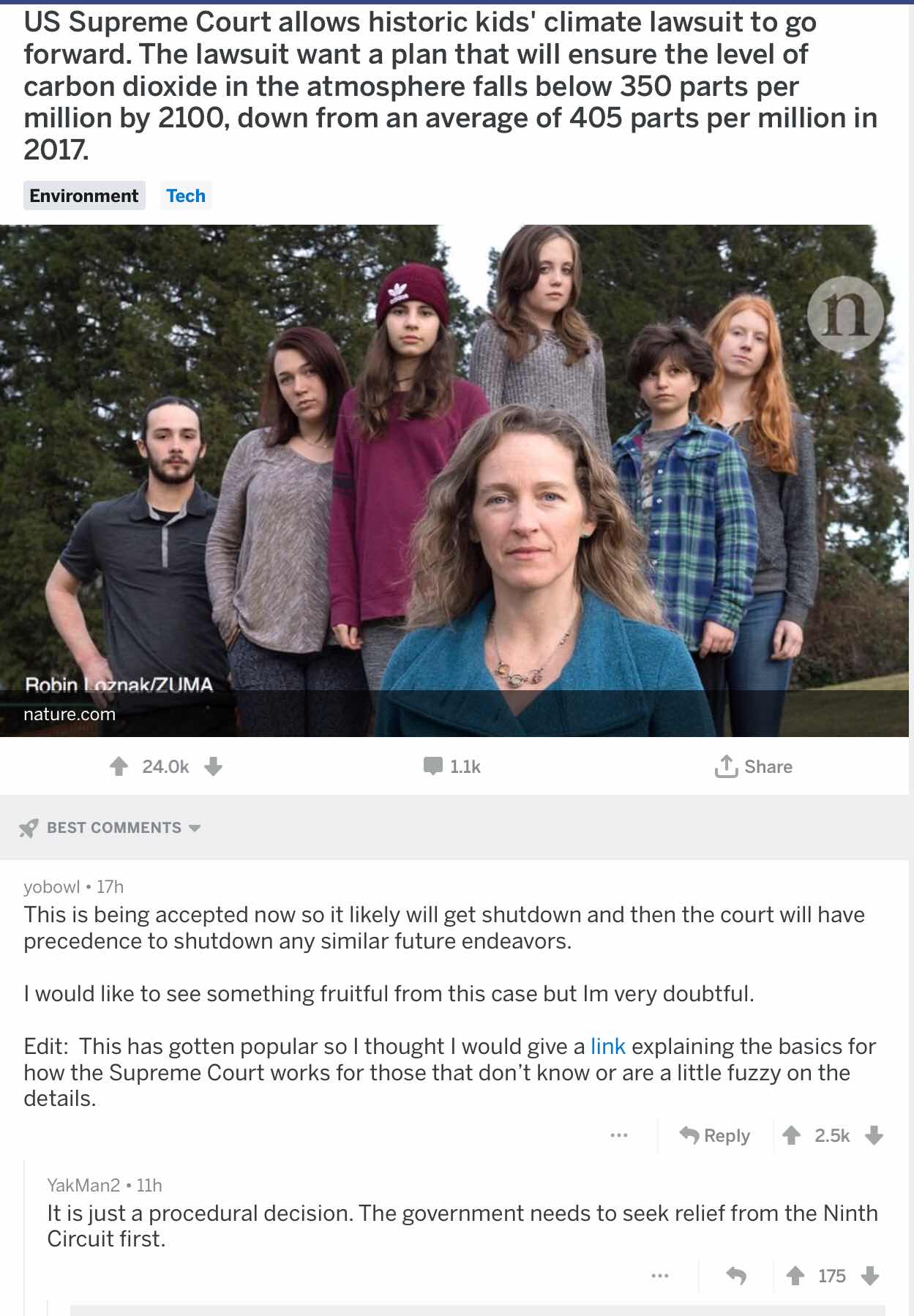 I'm not worried about them because I won't be here anywhere near 2100. More than likely, most of them are shifty-eyed militant vegans. If they have their way with their lawsuit, I'll go out of this world satisfied that in 2100, there won't be enough CO2 to grow the veggies for their friggin' kaleburgers and they'll die a miserable starvation death, that is, if the heat from the lack of shade trees doesn't kill their crops and them first.
With a little luck, the earth's CO2 will be reduced much sooner when they all jump into a volcano after they lose their lawsuit.
Lt. Col. Gen. Tailgunner dick

They are a bunch of ignorant fools. No doubt about that.

It both saddens and infuriates me that children have been used as tools toward their parents' agenda in this glowball warmening hoax. This is simple child abuse.

Now those kids are going to grow up being as insufferable, condescending and WRONG as their parents. Even when this fraud runs out, they'll just move on to the next one coming along, and they'll never ever realize that they've just been cannon fodder for the globalist's cause all along.

How much carbon offset if each of the whiney, lazy little bastards plant & care for a dozen or so trees each themselves.
I'm a big fan of "don't whine for someone else to do something, do it yourself."

And this is why Trump was elected.

Uh, where are the "people of color" in that photo?

discounting that the absolute major "global warming gas" is not CO2, it is water vapor. still, if they want to reduce CO2 in the atmosphere, they should shut off their lights, unplug their computers and battery chargers and tvs and microwave ovens and hell, just shut off the breaker panel, park moms car and walk, and go plant five trees a day for the rest of their lives. Might not cool off much but the landscape would look better.
Gea works in long slow ways, she adapts.