Al Michaels throws hands up at controversial call: NFL just making it up 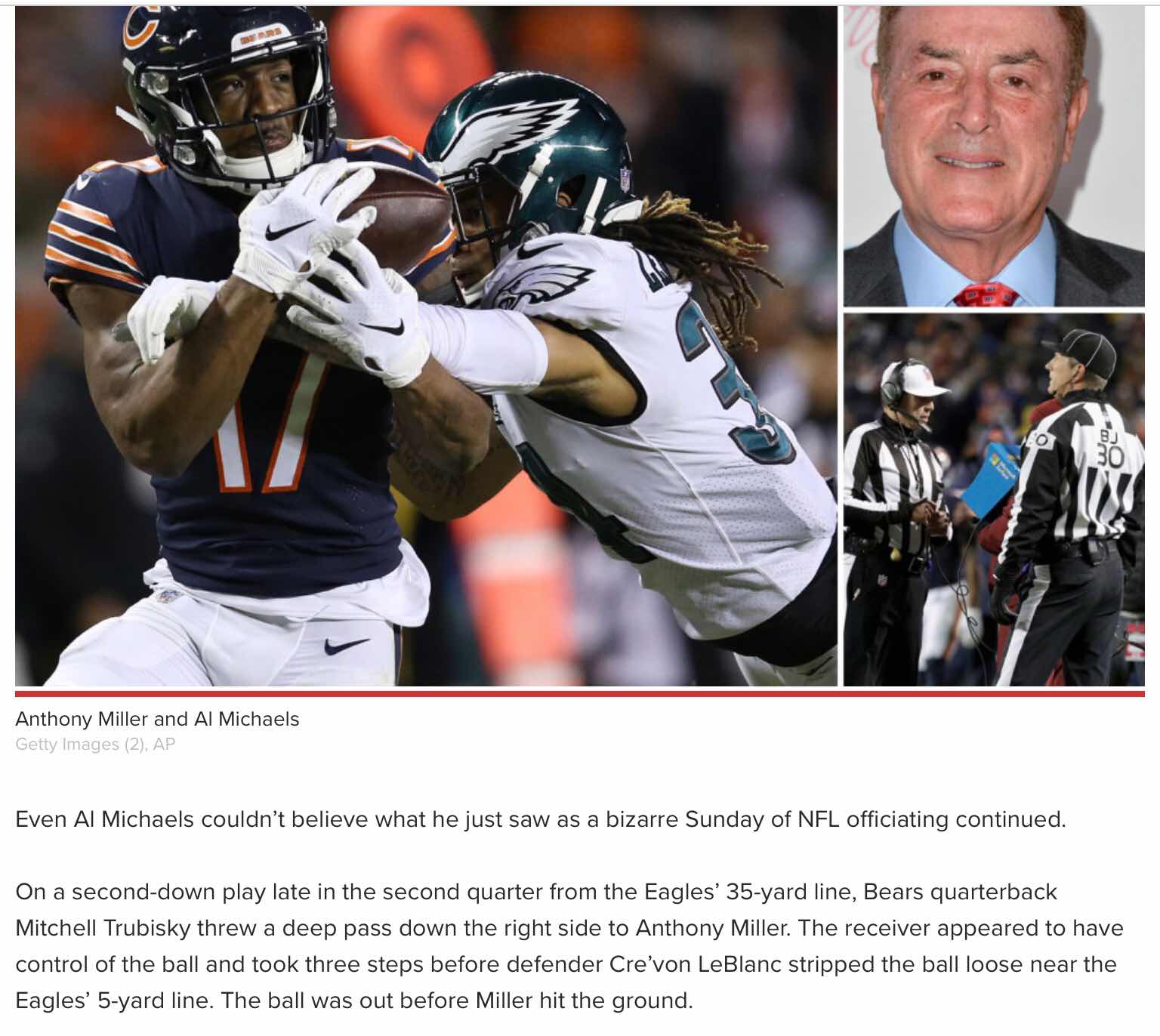 I guess the BEARS weren’t following the script

Worst part of it all, if the play was still on-going when the ball came loose, why did the Ref signal the play was over? If the officials don't know the rules, why do they have the job?

ALL SPORTS are lessened when officials have to long-distance call some nameless, faceless jock-wannabee to make the decisions.

And don't get me started on that "taunting" bullsh*t!

The solution - don't give the NFL any money or attention by attending games or even watching on television. "Nobody cares" will send a loud, clear message.

Why should anyone care about anything that happens in a Natural Felons League game? Those millionaire thugs can kneel all they want, I won't be watching or caring.

Except they’re all felons excep “my team”

the nfl is a horrible organization and do decent human being would have anything to do with it much less watch it
the are corporate welfare and political correctness at it finest.
taxing people to pay for their stadiums and security is ridiculous and the fat a**ed jerks who watch it should foot the bill, not the public

I watched just to see if any sparks remained with me and the NFL...nope, dead as a doornail.