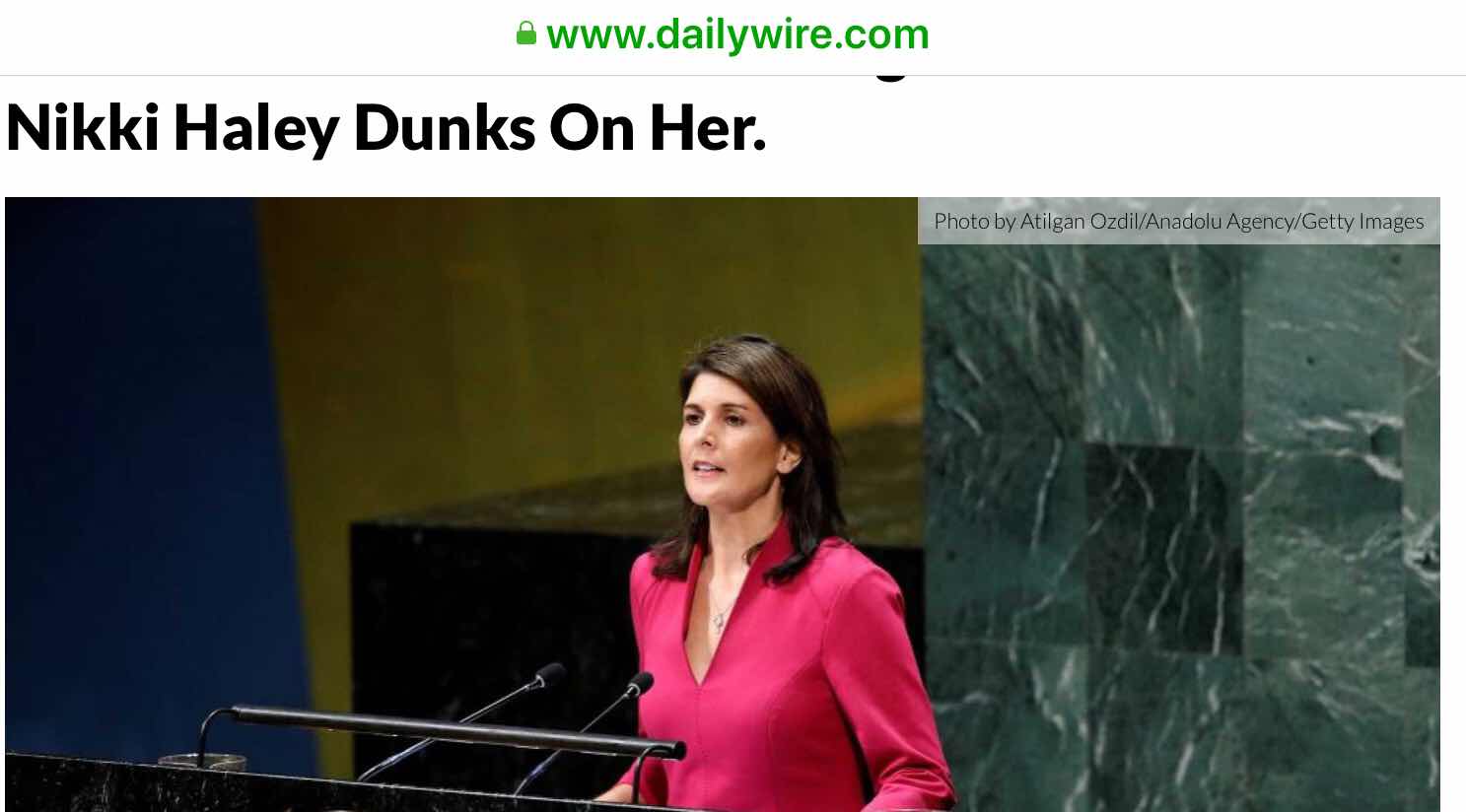 On Friday, responding to the ludicrous tweet from abortion champion and Speaker of the House Nancy Pelosi on Thursday saying she was concerned about “God’s creation” and “generations to come,” former U.N. Ambassador Nikki Haley ripped Pelosi on Twitter, stating, “Does God’s creation not include protecting babies as well Madame Speaker? A committee on that issue would be welcome.”

And her followup sentence sealed the slap, "A committee on that issue would be welcome." Good for you Nikki Haley.
Contrast Nikki's response to that of Rashida Tlaib: "We're going to go in and impeach the mother f*cker."

Nikki's response to Pelosi the Pius is an (American) example of why I have such an affinity for the verbal skills used in British TV series and movies (books). They possess the ability to put one on his heels without a curse word to be heard. The English are masters at it, no doubt from the days of receiving a classical education, nod to Shakespeare. Now days, I believe their education system has followed the ways of the failed progressive curriculum in America. So sad.
Joyce

It used to be that in Parliament the custom was not to read from notes the Laborites violated that custom and the Tories let them get away with it instead of giving them a beat down. Now days they don't even write their own notes...

Anonymous, while Winston Churchill was known for this, there are earlier examples:

Infuriated by Disraeli in Parliamentary debate, Gladstone said: “Mr. Disraeli, you will probably die by the hangman's noose or a vile disease.”
Disraeli replied: “Sir, that depends upon whether I embrace your principles or your mistress.”