But .. I pretty much think Snowflakes are too far gone to see any truth 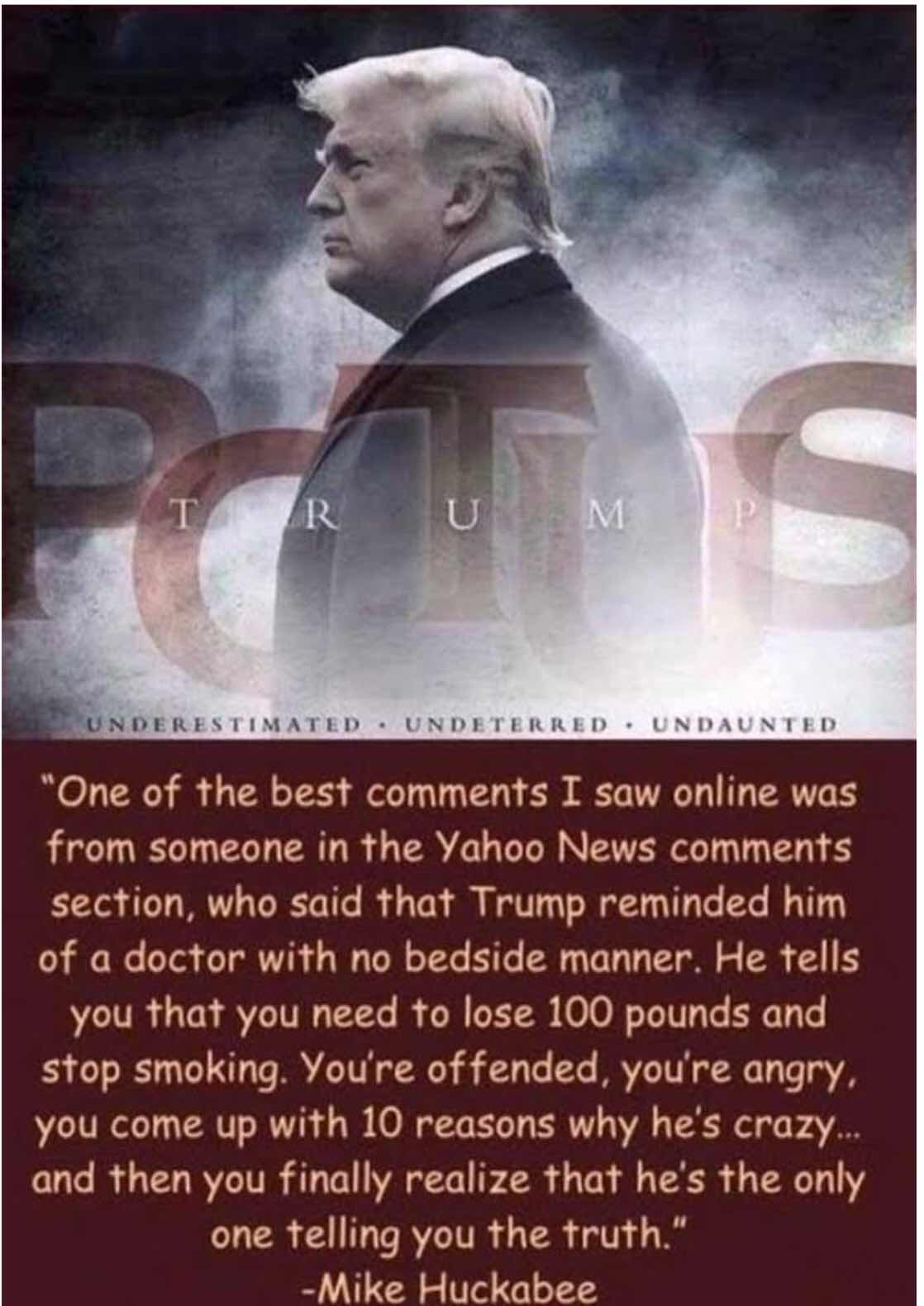 He reminds me of a judge in my brothers divorce when he hold the exwife she was a compulsive liar. She was and had gotten away with the lies for decades but nobody with any authority called her on it.............the press and the Dems routinely lie but every time a republican would call it out they were shamed into apologizing. Bullied by the likes of John McCain, etc.

I am just happy to see a few republicans finally fight back.

If I may carry the bedside doctor analogy a little further. It's pointless to be telling your patient that they need to quit smoking & lose 100 pounds when they're curled up in a fetal position with their fingers in their ears yelling LALALALA.

A media that would devote as much time to the great things President Trump has accomplished(China in huge economic trouble, millions of new jobs including a rebounding manufacturing sector, domestic energy production on track to best Russia & Saudi Arabia COMBINED by 2025, new trade deals....)as they do to this Russian collusion bullshit and he'd have numbers in the 60s. And hell, he might but bet the rent that sure as hell would never see the light of day.

In fact, ANYONE that even listens to the left dominated media is as they say, getting off on the wrong foot. They're unabashedly pumping lies and disinformation out 24/7.

Huckabee seems to be describing House, the TV doctor who is also nasty an brutish and long.