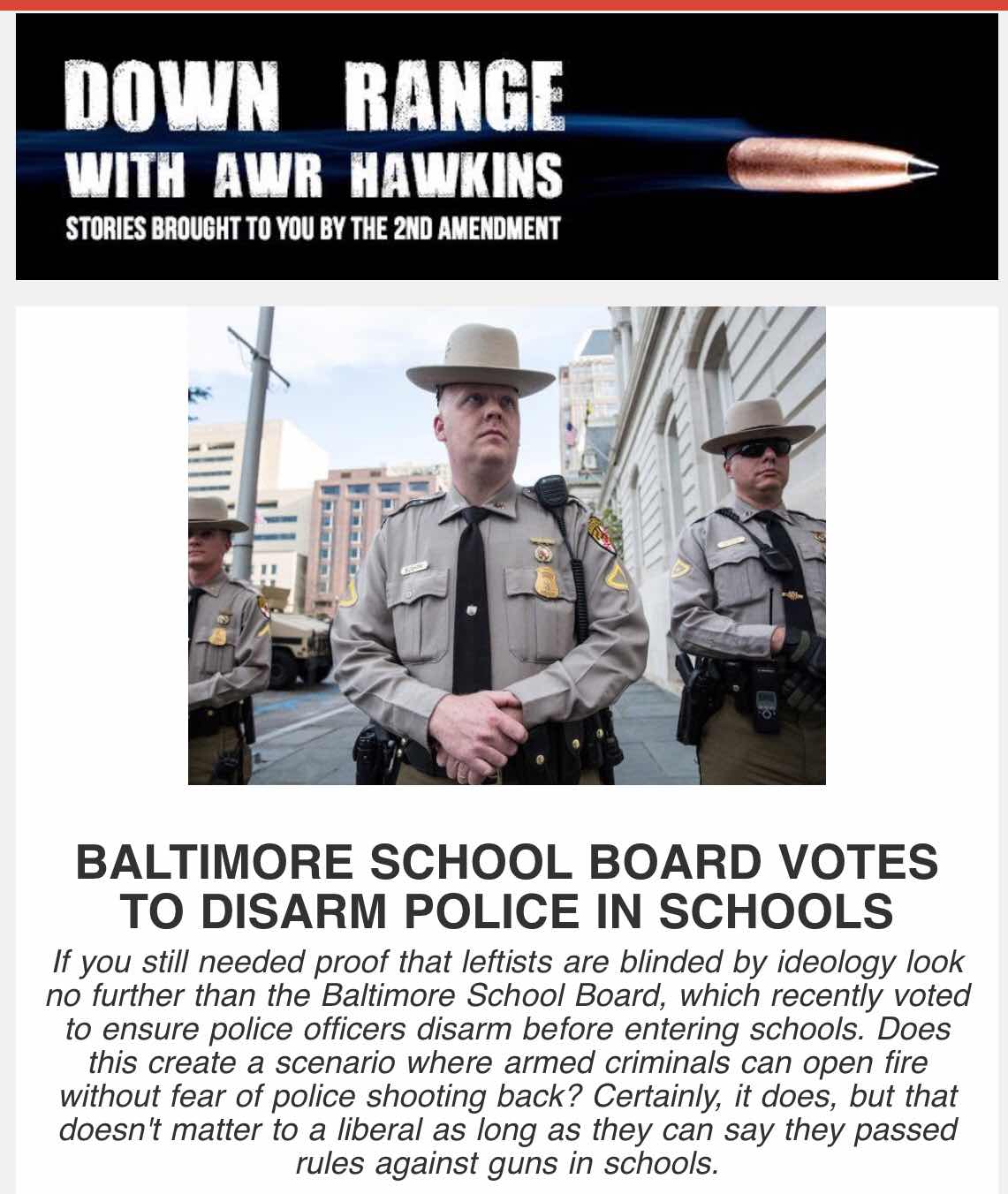 I hope the Baltimore School Board is ready to answer calls at the school. If I were a Baltimore City Cop, I'd refuse to set foot on campus unarmed and demand that the miscreant be brought to the boundary of the school grounds.

Imagine for a moment being a middle-aged, slightly balding, white, male, teacher with a growing paunch. You teach in Baltimore because it seemed like a good idea at the start, but the "students" became more gang-bangers over the years. You'd go teach elsewhere, but you can't afford to move and you'd probably lose your pension if you did.

And each day as you head for your parking space, you get that burning feeling in the pit of your stomach that your luck is running out and today might be the day one of those young punks takes exception to you breathing and he or she beats the shit out of you.

And then you hear that now, even the cops won't be armed on campus.

That job sorting recyclables in Omaha is looking pretty good now, isn't it?

just found out the cemetery my paid for plot in in has a no guns policy. so, any one want to buy a plot for two?

If I can't take a gun with me, I might just not go!