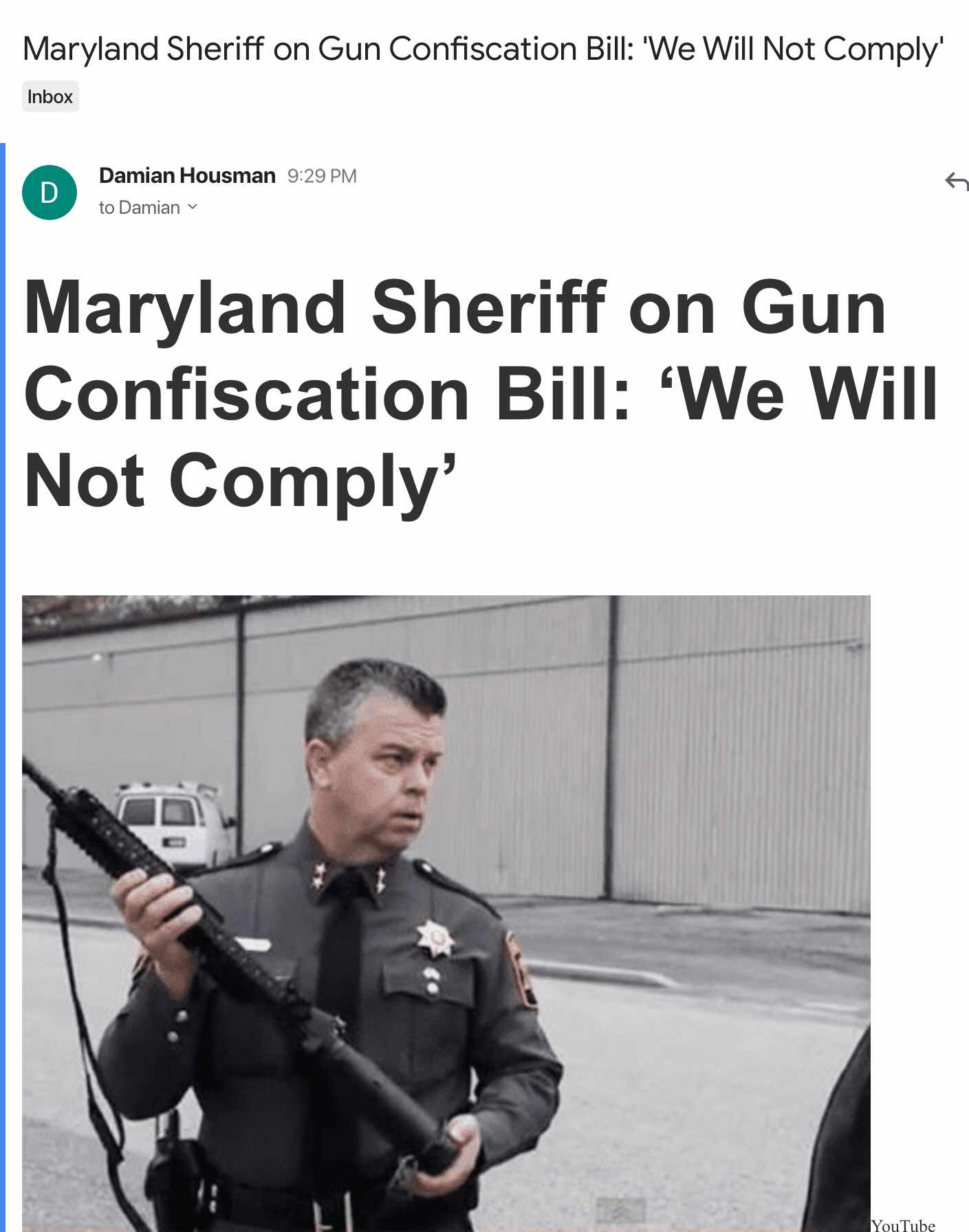 Is the sheriff mentioned in the Constitution?
In the United States, a sheriff is an official in a county or independent city responsible for keeping the peace and enforcing the law. ... Elected sheriffs are accountable directly to the constitution of their state, the United States Constitution, statutes, and the citizens of their county.

Sheriffs in the United States - Wikipedia

Always thought that the rural sheriffs never had the desire or manpower to enforce federal and state mandates unless the local courts put it upon them. Let Maryland send in state troopers if they want it done.

Good to see the sheriff will not comply, because I won't either.

Sheriff’s have constitutional powers that have over the tears been dormant.

In New Mexico, 24 counties have declared themselves 2nd Ammendment sanctury counties and the number is growing daily. Much to the chagrin of the new ultra libreal governor.
--mech

Sheriff's are usually elected, the highest elected official of a county. Chiefs of Police are usually appointed. These days that usually means appointed by liberal mayors. Which means they are themselves usually of similar political bent as the one that appointed him/her/it.

@anonymous 3/1 11:05AM, the number of 2A sanctuary counties will soon match the number of sheriffs, 29 of 33, who have publicly stated they will not enforce the (unenforceable and unconstitutional) laws being shat out of Santa Fe this session.
What New Mexico needs is its own electoral college so that people living south of I-40 aren't so easily inflicted upon by the leftists in Baja Colorado, or, more accurately, The Peoples Republic of North New Mexico. --General Petty Officer Fifth Class Skyhawker Doug