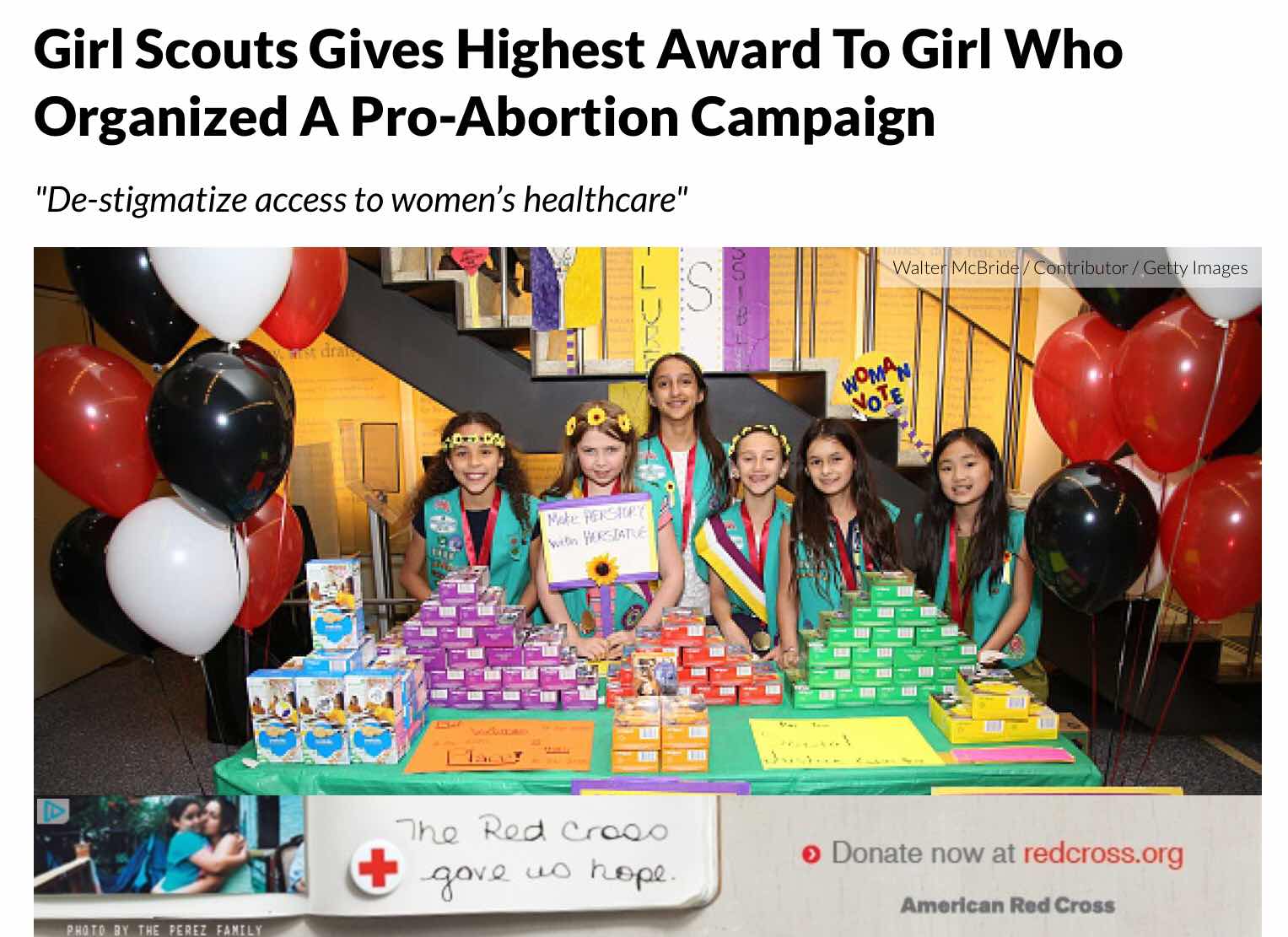 Well well well. The screeching empty husks of what were females have invaded the innocence of the Girl Scouts. And with that will come not only their philosophy of selfish evil, but the hectoring, lecturing, and anger. No, rage. Rage directed at anything opposing The Agenda and anyone not in explicit agreement. The Bible is now replaced by "Our Bodies Ourselves", and Laura Ingalls Wilder with her gentle and informative lessons is rejected in favor of The Screeds of Michelle Obama.
Ok. Be that way. But remember you're now an irretrievable member of a KuntKult and all that is beauty, sweetness, sane, and good will forever be banned from your sight and touch.
How long until we hear from those ranks that "Boys can have abortions, too"?

a comment deleted by the administrator on the subject of girl scouts must have been pretty foul. watch it there...
and to think I had just four days ago bought some cookies from some girl scouts is so disappointing.
have you ever heard of honesty? it's just terrible!

Girl Scouts are just as worthless and foul as the Boy Scouts are. None of them get any sort of help from me. And to think, I was an Eagle Scout when I was a kid. True that!

I was in the Boy Scouts as a lad but they kicked me out for eating Brownies.

There's a reason why I don't support them.

Jeeze... Rodger is pretty lenient with the comments. WTF did the person say to have the comment shot.. Wow.

The admin has no recollection of striking any comments here,

It wasn't Rodger.
We are watching you.