When boys were men 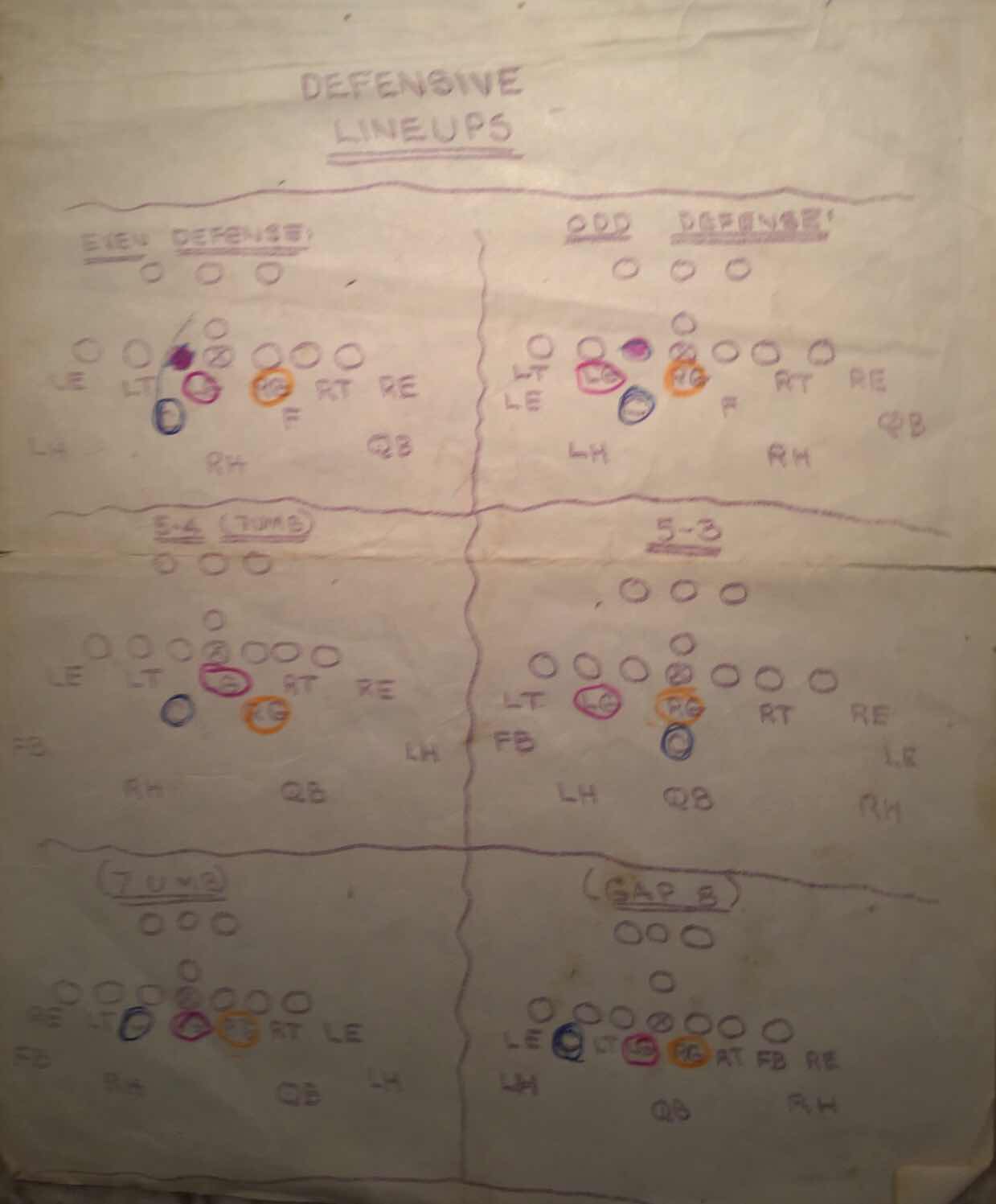 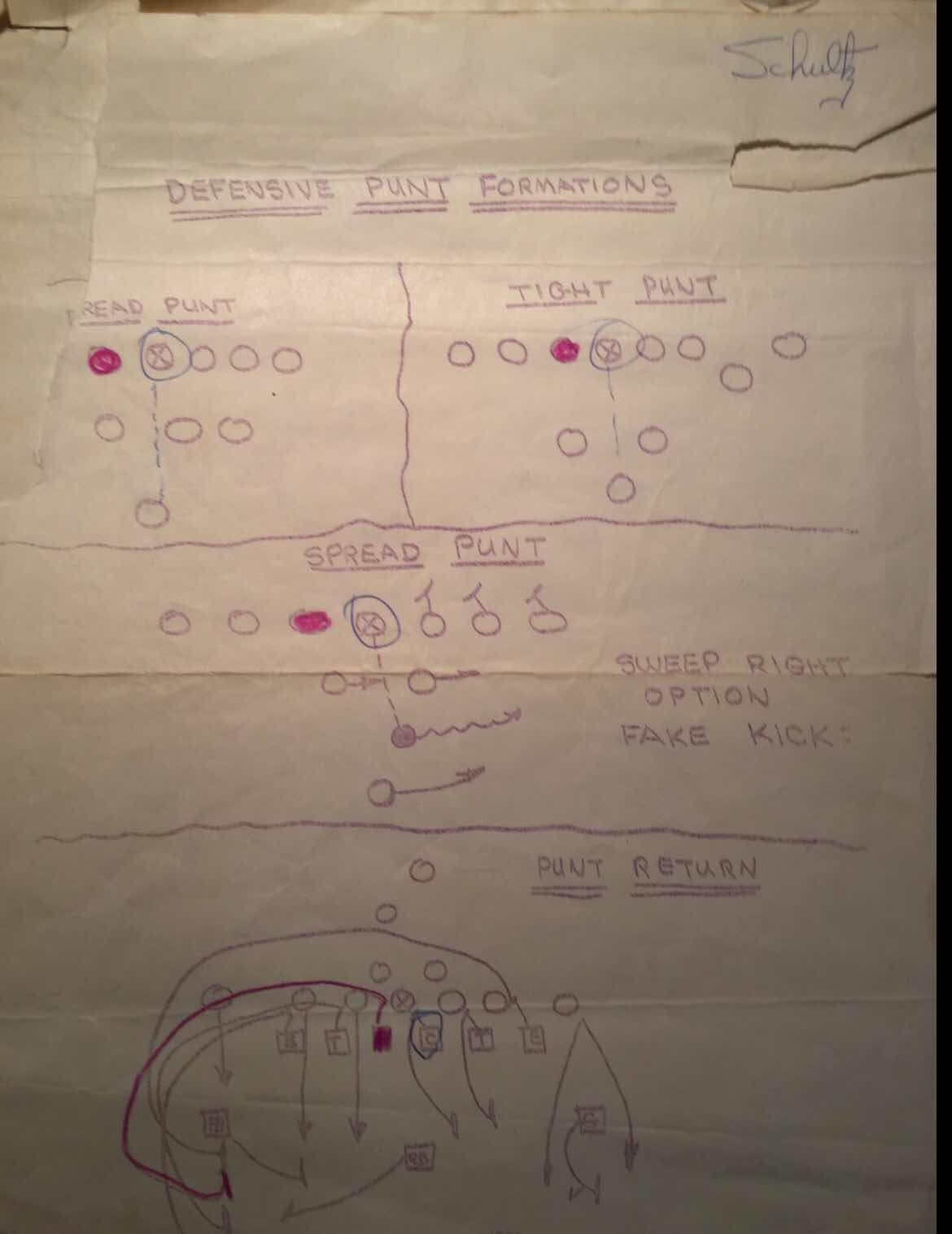 I came across this vintage copy of my high school football playbook. One page for offense, another for defense. We played both positions. My jersey number 24 was Baltimore Colt Lenny Moore’s number too. A great honor.

During one game I took a shot to my left rib cage. Produced  so much pain that when I raised my left arm I could scarce breath.   Fortunately this happened late in the fourth quarter so I endured. Before next practice I’d fashioned, from old shoulder pads, a rib guard.  Because that’s what you did then.

Thanks for the post, Raja. I hope there will be many more.

Geez Rodge, it can't be that old.
It's in color.
(keep 'em coming - we want you back)
Lt. Col. Gen. Tailgunner dick

Come to think of it, my high school didn't have a football team. We had a baseball team, which I was on, but not football. That was Seward Park HS. I was told that the city banned it. Don't know for how long.

Seward Park HS had a number well known attendees, and photos of them. I can't recall any of their names now. It was a long time.

The building, as at originally was, housed a jail in one section and poor house in another. There was also a school there, in those old days, which had one interesting attendee for a short while. The kid who grew up to become Billy The Kid was born in New York City. He lived on Allen Street, in what became the 100 block, that became 125 Allen. Allen Street was essentially First Avenue, extended south of Houston Street.

I knew a couple of people from 125 Allen Street, on of whom attended Seward Park when I did. Mohammed Ibrahim, tall and thin, who was an Egyptian or Jordanian who considered himself Palestinian, even back in those days. His father was Ahmed Ibrahim and Mohammed's brother was also Ahmed. I wouldn't bother to give this travelogue if there wasn't an interesting point to it. The Ibrahims had a house guest a couple of periods in time around the time I knew them, who became very well known. The guest was Sirhan Bishara Sirhan, the assassin of Robert Kennedy.

Kennedy was assassinated in 1968, and I last saw Mohammed in 1966, when I left Seward Park HS. I don't think I ran into him.

I think Notre Dame was interested in me but the school refused to supply transcripts because I had an overdue book (The Hardy Boys Do Nancy Drew). BASTARDS!