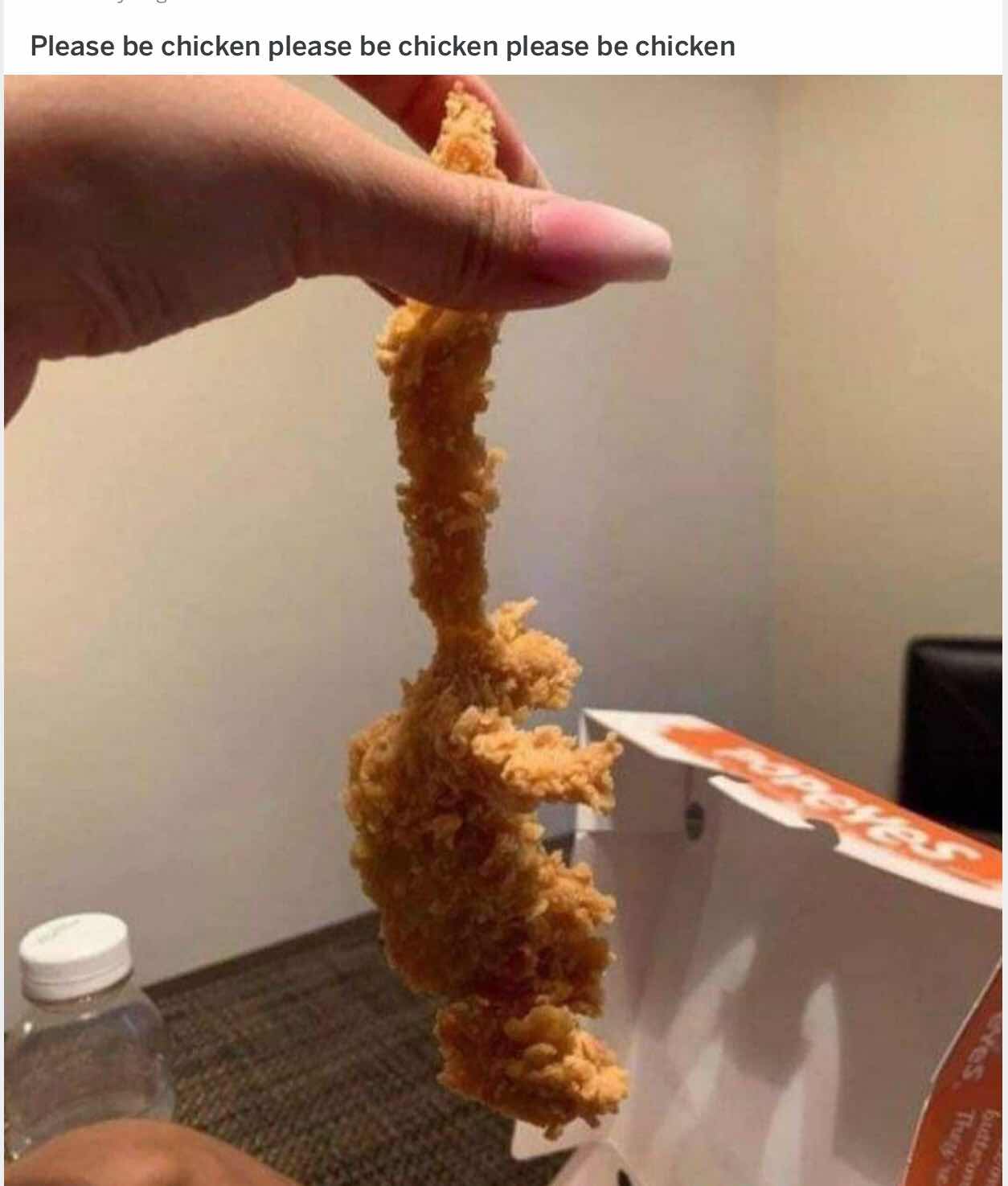 Maybe they got it from the press room at the White House. Maybe not chicken.

It's Popeye's. You expected any different?

I eat from Popeye's frequently. In fact I have a box of it right now. I consider it quite good.

I ordered some chicken and rice in a restaurant in Pleiku back in '68 (pre-Tet). It was good, but I'm pretty sure it had four legs.

I suspect that is fake rat. A real rat would probably have exploded due to Popeye's drop it in hot fat cooking process? " I think rat bladder adds a certain piquancy to the taste>"
Toad

That's a very amateur job of "photoshopping." It's a juvenile attempt by (pick your vendor) to demean a competitor. Reminds me of the circus in the House.
--General Petty Officer Fifth Class Skyhawker Doug

Huh. Never see that at Chick-fil-A, and their chicken is heavenly!

Around these parts I avoid Popeyes just because of their customers. The clientele at Chick-fil-A is more to my taste, and they don't object to my red MAGA hat!

After all of this, I'm hungry for some chicken.
Toad

About Popeye's customers (or KFC, for that matter, or even McDonald's): Just look at their commercials to see who their target audience is. I know it ain't me.

Two or three times each month I go to Nellis Air Force Base, about 30-40 minutes away. When I go there I often go to the pharmacy to pick up prescription, or I go to the Base Exchange, where the barber shop is, or I go to the Commissary.

At the BX there is a food court. I don't know what the punishment is if the food is found guilty at the food court, but I digress.

Each time I go to Nellis, if I leave the base after 10 a.m., I be sure to go to Popeye's, which is close to the BX. It was the first one I had ever been to, and my impression is that the chicken is superb. Far better than KFC, that's for sure. I don't know anything about target audiences, but I think the audience at Nellis is Air Force members, families, and retirees.