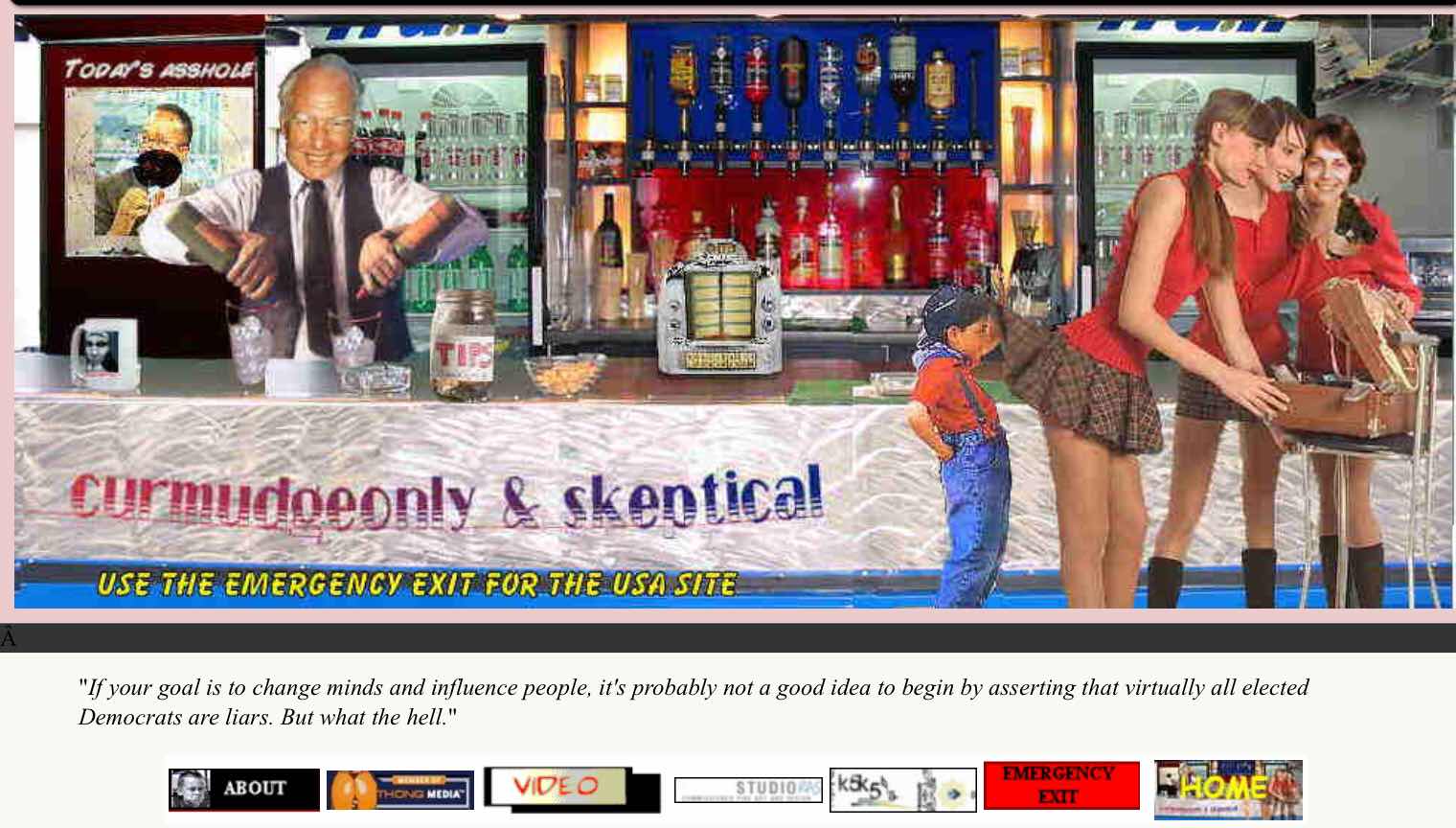 I miss the button for "I'm mad as hell and I'm not going to take this any longer" followed by the machine guns.

Hmmm. Somehow the sightline that the naughty young boy now has is different than I remember. He's set his sights higher, hasn't he?

But then, that old site was sometimes Not Safe For Work, he said with a wicked grin!

Yes, the machine gun thing and the whole of the header are greatly missed by this reader.

Is what I figgered, My Liege.

Like seeing an old friend after a long absence. Leave it up!