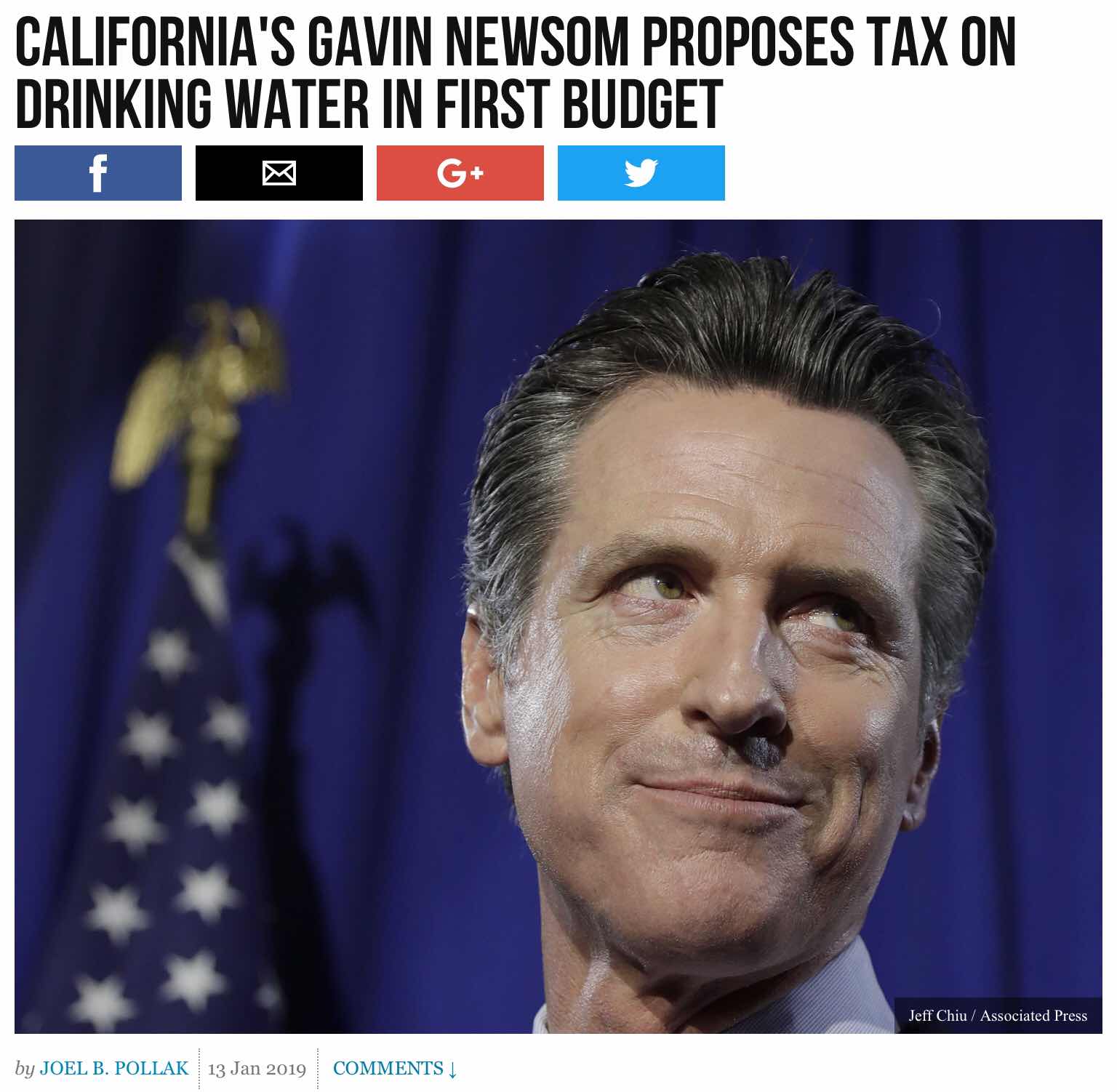 Municipality water is never free, but Mr. Emptyhead Toothygrin is going to add a surcharge? I can see it now - tax the crap out of the first 100 cubic feet (required drinking water) so all pay, then nothing on the next 20,000 cubic feet so the Hollywood elite can waste scarce water on their putting greens and lawns at their estates, just like power companies do with kW-hr rates for big businesses (and Al Gore's Tennessee mansion, probably).
Lt. Col. Gen. Tailgunner dick

The following link links to the Kinks a-singing...


He kinda look like Mittens Romney when he turns his head just right, don't he?

My heart cries for California, the state, and for the true Conservatives who try to exist there, but for the most part, the clueless beach boys and sun bunnies who have voted Democrap election after election have made their choice and will now get what they deserve.

Don't like trains to nowhere and taxes on your drinking water?

WHAT THE HELL DID YOU EXPECT?

This clown reckons that Moonbat Brown didn't screw up the place bad enough, so now he's saying, "Hold my beer...."

Hang on, the ride is only just begun, and it'll end with a spectacular trainwreck!

I looked up the definition of the word "prick" in the dictionary and there was this lunkhead's picture.......