At least they didn’t use pork fat under the electrodes. Just a guess. 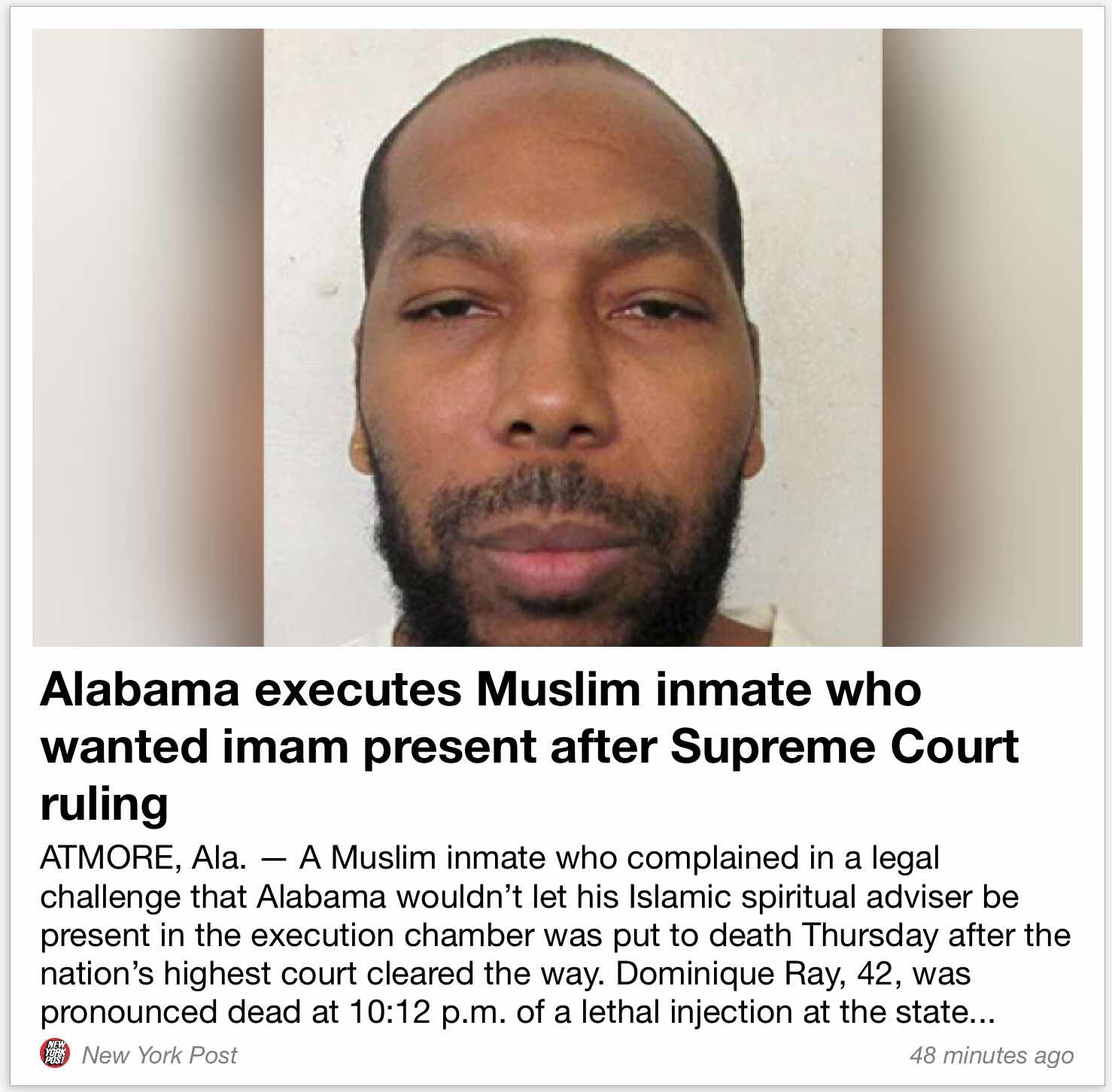 Dead is dead. May his God have mercy on him.

I'm sure the moslems will be incensed about this.

What do you call one moslim murderer/rapist getting executed?

A good start. But like Ron White says,
I’m from Texas. In Texas we have the death penalty. And we USE it.

That’s right, if you come to Texas and kill somebody, we will kill you back. That’s our policy.

They’re trying to pass a bill right now through the Texas Legislature that will speed up the process of execution in heinous crimes where there’s more than three credible eye witnesses.

If more than three people saw you do what you did, you don’t sit on death row for 15 years, Jack, you go straight to the front of the line.

Other states are trying to abolish the death penalty … my state’s puttin’ in an express lane.

23 years to kill this murderer/rapist is just too fugging long IMO.

This louse wanted his imam present? Nothing wrong with that.

Give him an adjoining seat & give them both lethal injections, that's a win-win!

Why didn't they grant him his last wish? Isn't that "Islamophobic", to deny him that? just because his last wish was "To kill a few more infidels"?

I read this story and somehow heard "I'll be glad when you're dead You sumbitch you" by the Trashy White Band playing in the background...