Is this really satire? 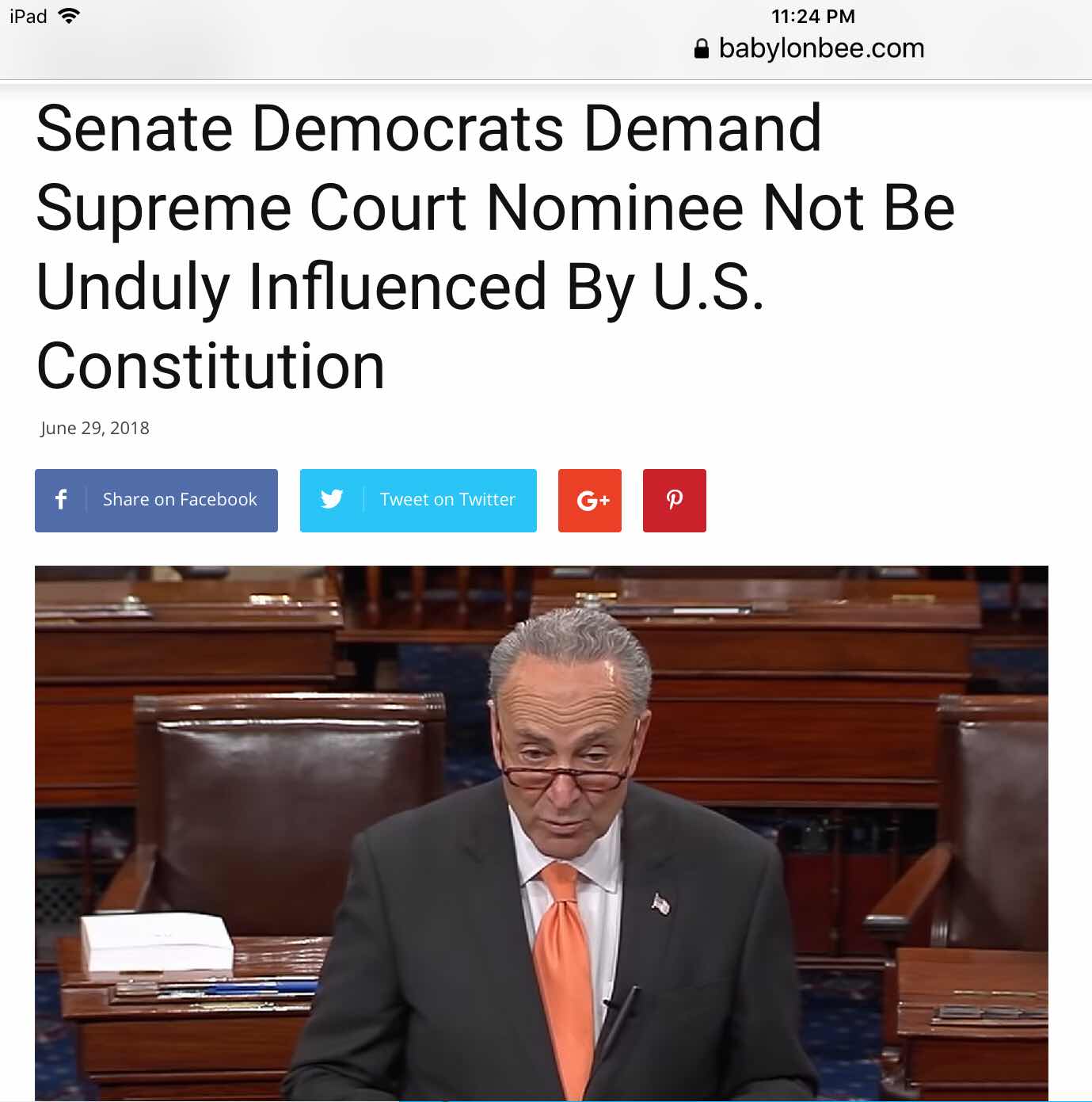 I think we should have some Muslim and Venezuelan i influences......If we could find that in a black American Indian that would be extra special. OOOOOOO! and transgender please

Not another woman, please. Ginsburg and Kagan have proved to be stellar since taking their seats at the bench. And not a "moderate," as they prove themselves to be moderately liberal progressive activists intent more on getting their name in the books for creating law out of unicorn f*rts.

We need another Constitutional Conservative who believes that words mean things, that the Learned Men who wrote the Constitution pondered and discussed every word that ended up in the final document, and that yes, maybe they were inspired by a Higher Consciousness to give us what has proven to be the best constitution ever on this planet.

President Trump can throw the Liberals a bone and appoint a "moderate" when he submits his third appointment.

Of course they do...

That is satire, but good satire has the virtue of being true.

Although it's true, most Democrats are smart enough not to say so directly; of course Maxine Waters is the exception: