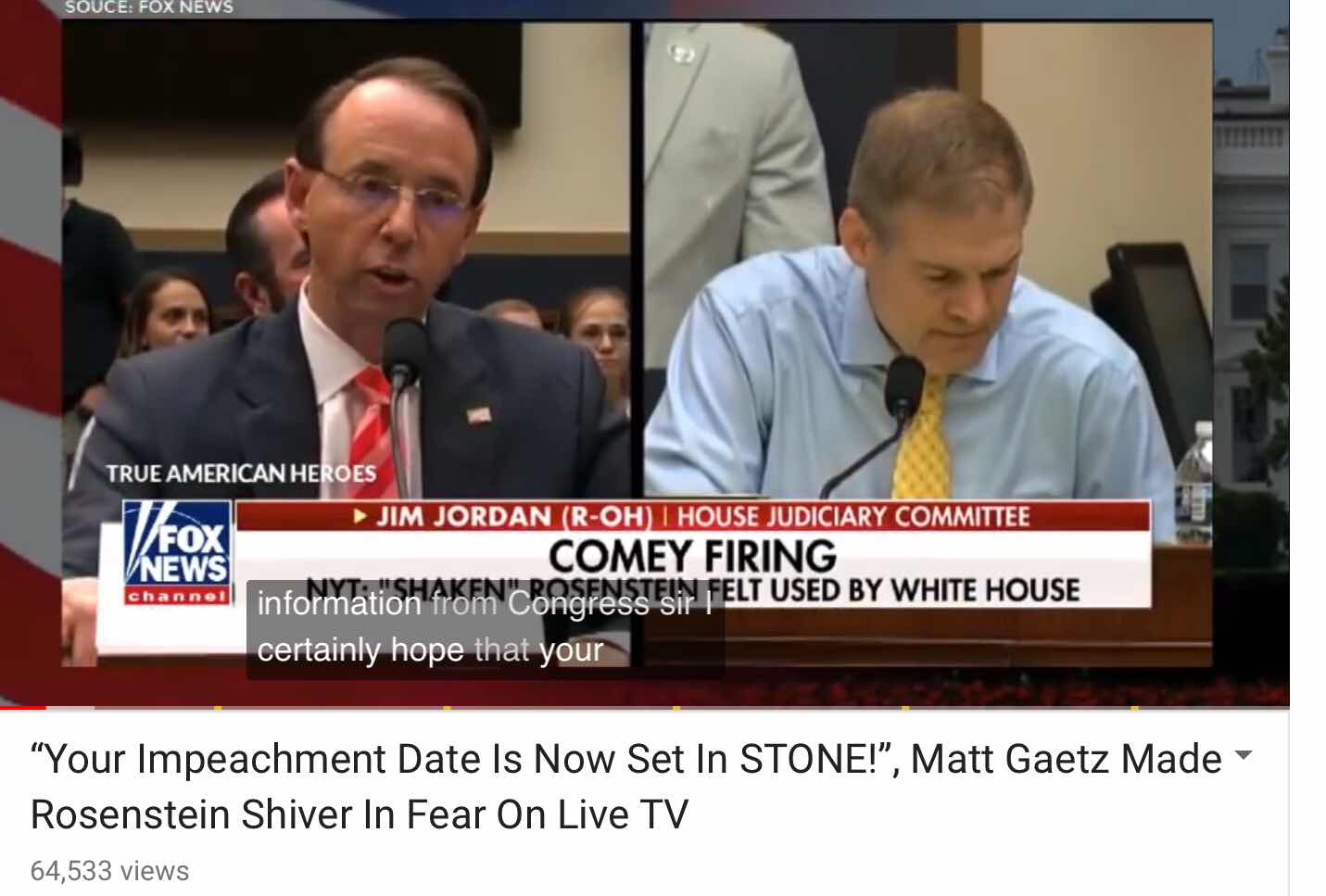 It's about time somebody in Washington grew a pair and stomped these defiant bureaucrats back into compliance with the law and their responsibilities.

I have looked and haven't found any video of Gaetz directly stating impeachment to Rosenstein's face at the hearing. Do you have a link? Only saw it suggested on FOX News.

There are 3 videos on YouTube with that title, which all appear to be the same video:

I watched the whole thing, and could not find anywhere that anyone, including Matt Gaetz, used that phrase; it would have been delightful, but it's apparently false.