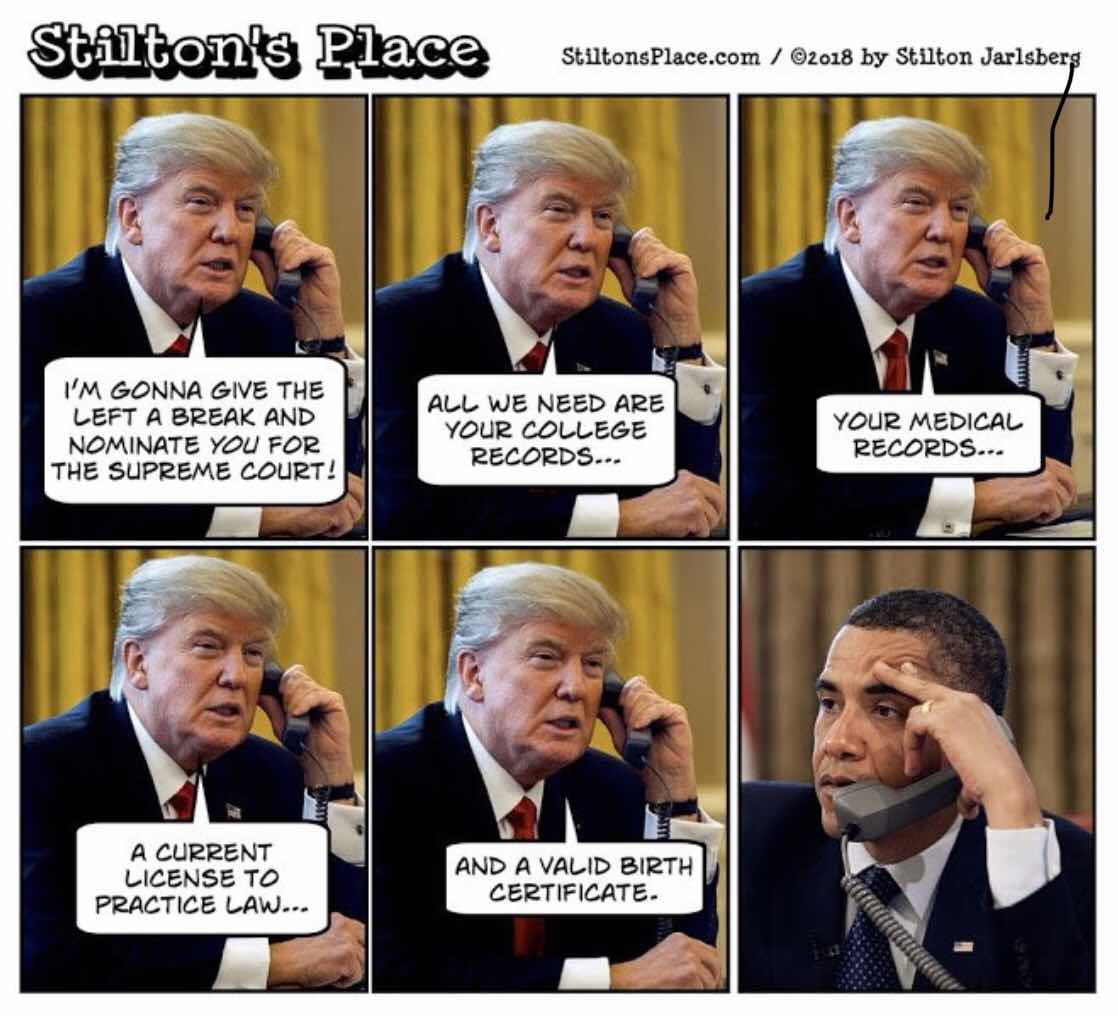 My top five nominees for SCotUS are

bocopro - Good list - how about adding Mark Levin? He actually has the the legal creds along with the right attitude.
Lt. Col. Gen. Tailgunner dick

Stilton hit it out of the park with that one, didn't he!

What an amazing president this Obama/Soetoro/Whoever was. He didn't have the documentation needed to get into kindergarden yet was elected president! A job he had neither aptitude nor qualifications for. What a story it would make, if only it could be told.

Ah, but I'm sure we'll be able to peruse all those records in the Obama Library, if they ever get the graft sorted out so it can be built, that is!

(Or not. Actually I'm quite positive we'll never ever be able to see any of those documents, as they would reveal far too much that isn't in the narrative.)

Nominate Bambi for a Circuit Court position, use his inane decisions to generate more votes for conservatives.