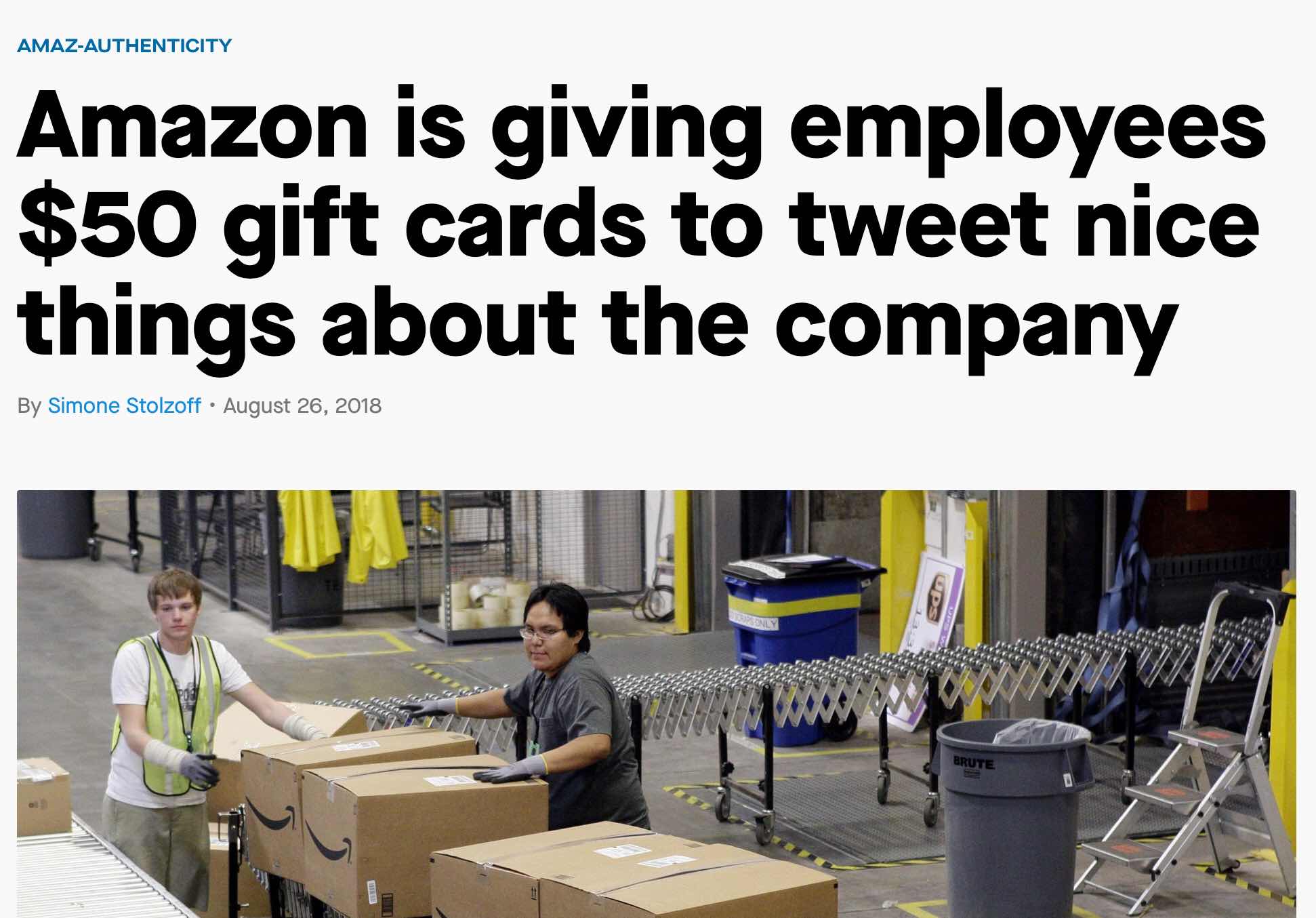 NO no no no no, let's go back to the ways of our fathers: keep beating them until morale improves!

Sixteen tons and a cool fifty of company script? Sign me up!

are they only redeemable at Amazon or can they be spent anywhere that will take them?

As someone who worked for a major national retailer that from time to time would dole out gift cards to employees for various improvements in sales or performance, may I remind Amazon and other "lucky" workers that these "gifts" are looked on as "income" by the IRS.

So when you're about to sell your soul once again to your employers for the "privilege" of being allowed to work for them, consider that you're selling out for the cost of a 30-pack of beer and a bag of chips.

It kinda screws up the whole nice thing, when you have to pay for it. It's like tying a pork chop around a kid's neck, so the dog will play with him.

neal: They've got to follow the company script in order to obtain and spend the company scrip. We don't know about Amazon, but if we were to make such an offer to our employees, we'd make sure they were literate.

Lola will "reward" you if you buy "her" a rum and coke with your Amazon gift card.

$50 gift cards for sending out a quick "atta-boy" to your favorite employer is a nice perk - its like getting paid without working.

And yeah, getting $150,000 for a quickie with the company president would get even more takers from among contract employees.