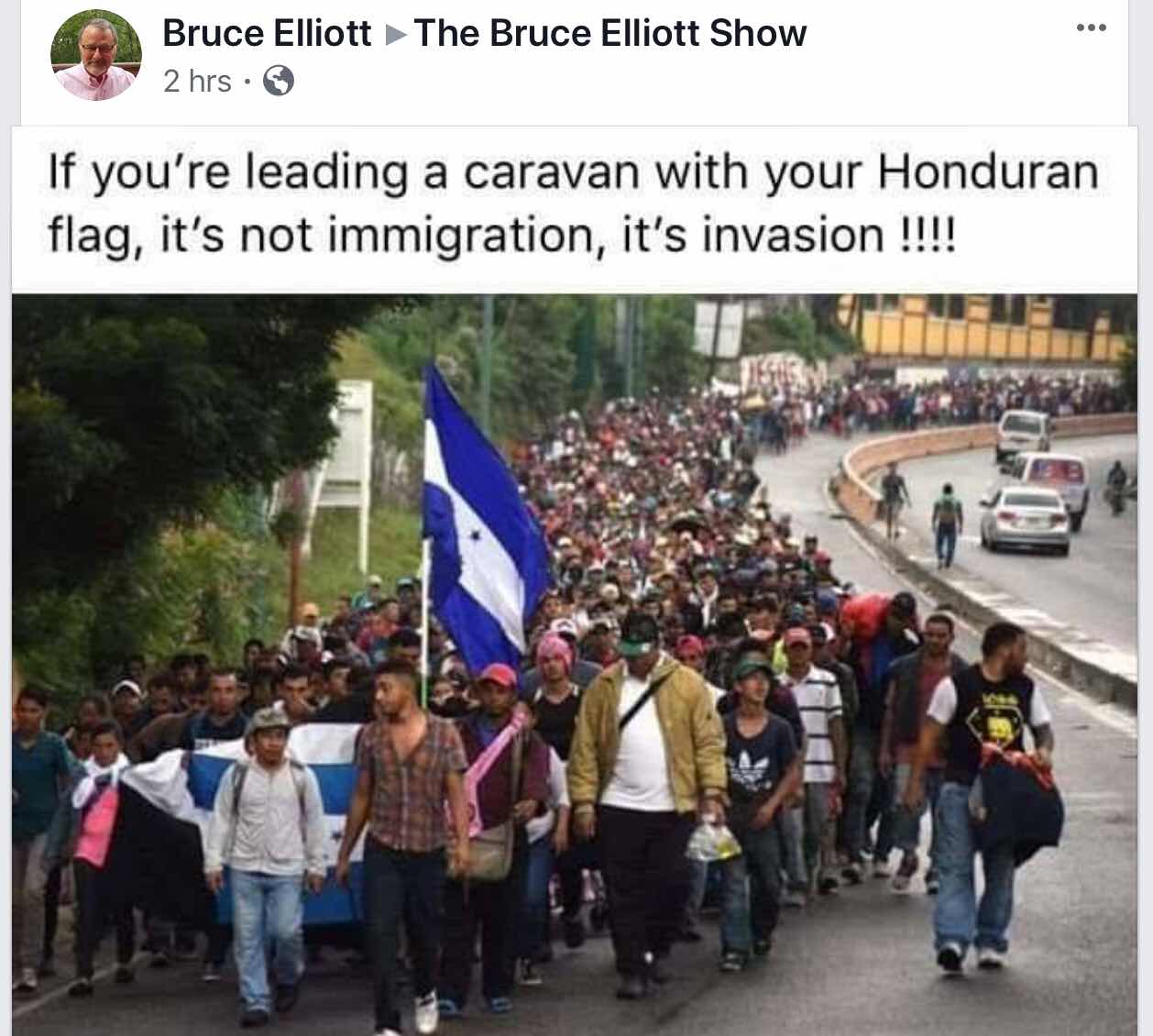 It's bad enough they're waving their own shithole country's flag as they demand work in our country but I see last night they painted a swastika on an American flag & than set it on fire.

Republican ads are just writing themselves.

Perfect target for an A-10 Strafing Run. This is an INVASION. treat it as such. There is a clause in the Posse Comitatus act that allows the president to declare a state of emergency and deploy the US Military (Eisenhower used it for segregation in the late 50's)inside the country. Deploy 100,000 US troops to the border make POW camps with up to 100 K beds. Anybody coming here on these caravans is to be treated as a POW and returned to their home country ASAFP. NO immigration courts no due process just ship their happy asses back.

Why no pictures of the support operation?

Who is feeding these people? Where are the latrine facilities and who is providing them?

Who is going to stop them? Where? If they get to the US border they get in.

We need to target the support staff for assassination. Take them out and take their funds. This thing will stop with no logistical support.

Illegal Caravans Encouraged by Honduras and Soros
American Thinker
soros honduran march from www.americanthinker.com
5 days ago · Just in time for the midterms, another "spontaneous" migration from Central America began with a bevy of allegedly oppressed and downtrodden Hondurans leading the way. Pressured by a threat from ...