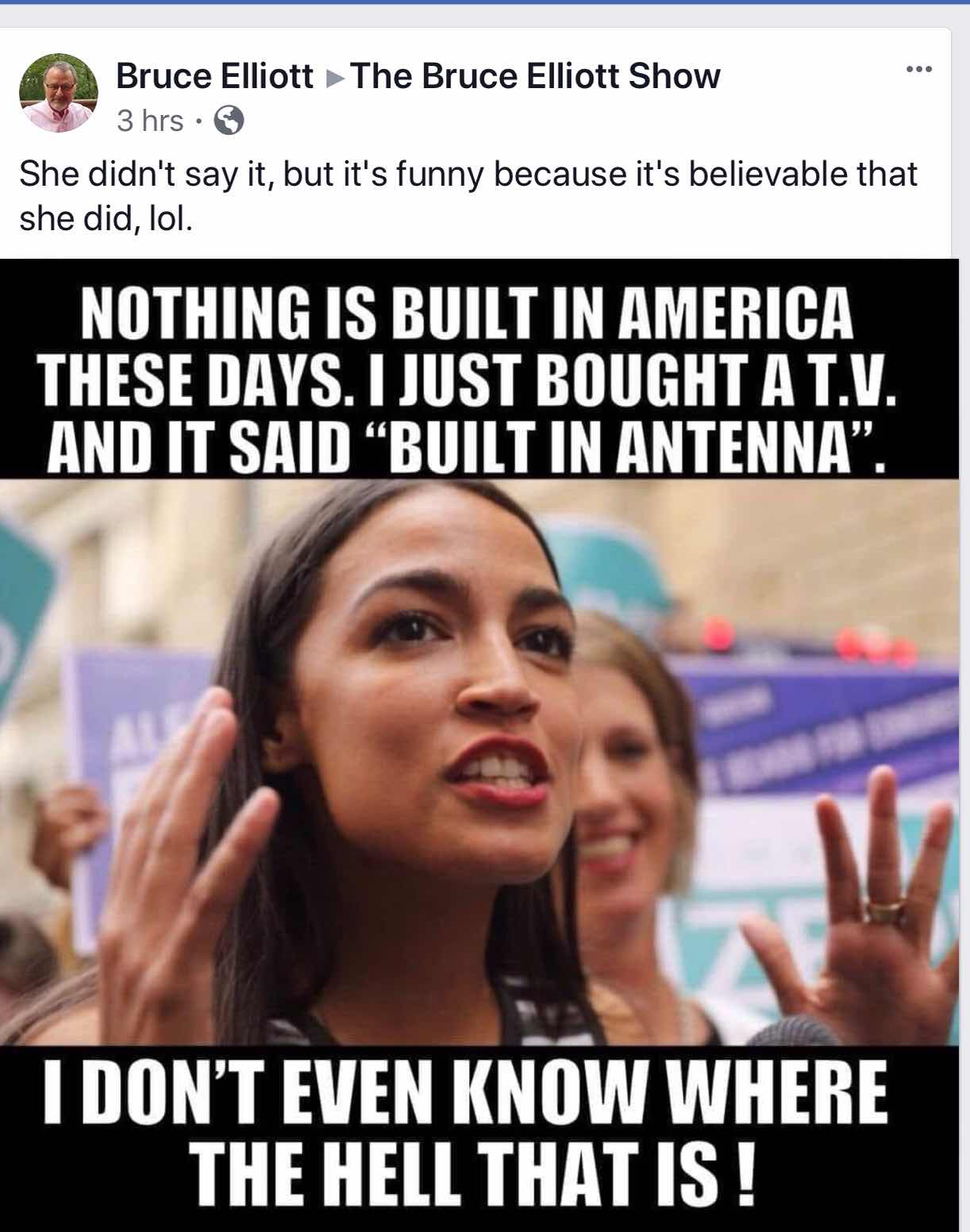 Hmmmm, Maybe she didn't wash the insecticide off of the outside of her banana before she practiced with it ?

So much stupid in such a cute package. Jeeze. Still, the more she's on TV, the dumber the democrats look. So there's that.

Occasional-Cortex always acts & talks like she's already been elected, & is just waiting for the previous occupant to move his stuff out of her office.

Yet Joseph Crowley, the 10-term Democrat incumbent who she might be replacing, is still on the ballot- as the candidate from the Working Families Party! Wouldn't it be fun if after all this sound & fury from Ms. Estupida, Crowley got re-elected after all?

If that should happen, make sure you've got large quantities of popcorn & adult beverages, as we watch the Demorat party conduct their circular firing-squad!

Unless of course
the horse of course
is the famous Mr. Ed!"

I don't know why seeing Miss Ocasio made me think about that famous theme song.

But as my sainted Father used to say "that girl could eat corn on the cob through a picket fence."