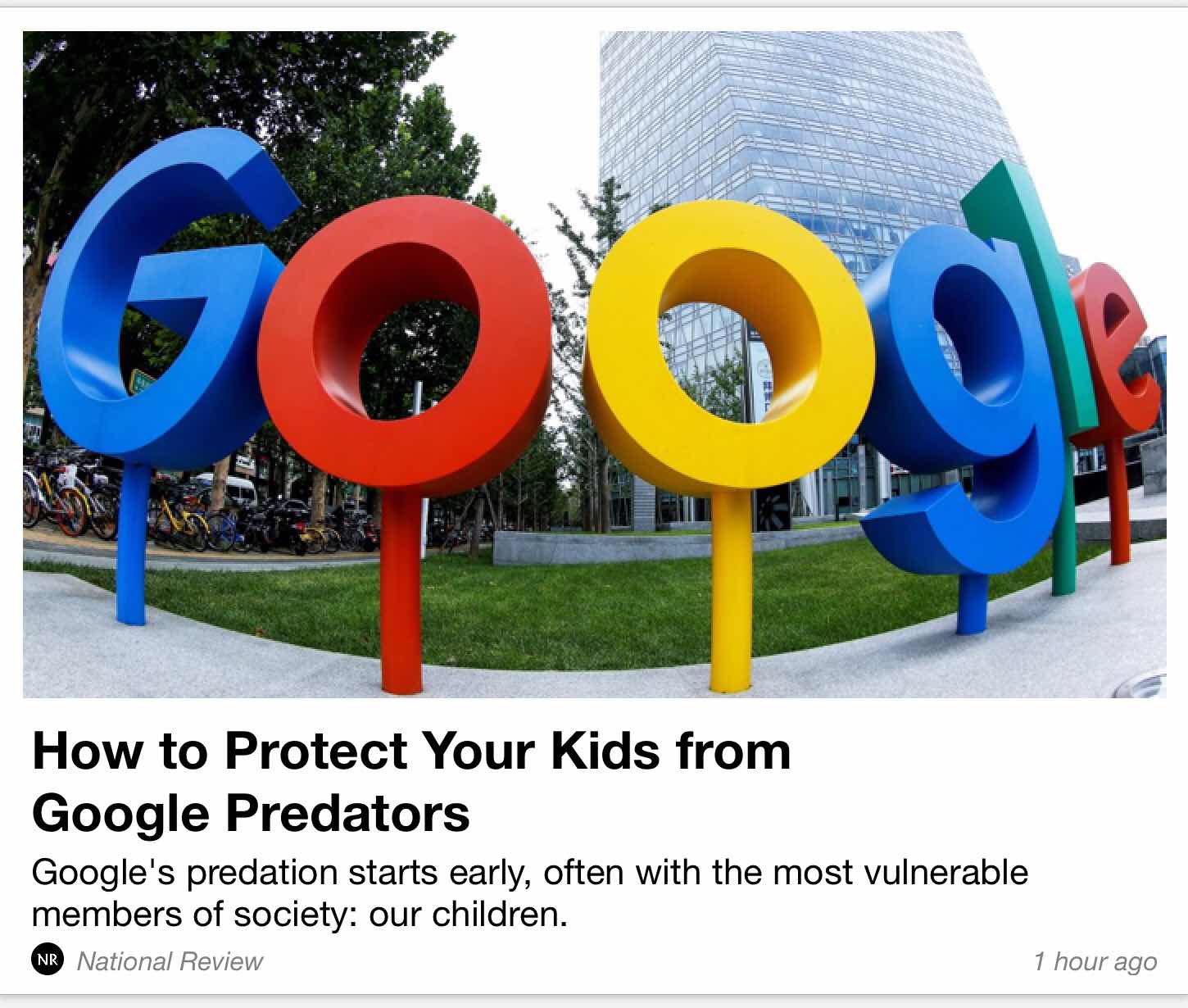 It’s bad enough that the company’s executives match your offline credit-card purchases to your online user profile without full disclosure, employ mobile tracking apps that collect location data even if users have turned off location tracking, hide and downplay massive security breaches (like the photo-sharing “bug” and hacker-friendly browser “flaws” revealed this past week), bow to Chinese Communist censors, and apparently exhibit bias against conservatives. No, it’s much worse. Google’s predation starts early, often with the most vulnerable members of society: our children.

The Silicon Valley giant has hooked legions of children and teachers into its data-mining products through lucrative partnerships with public schools across America. Learning no longer starts with A, B, C but with G, G, G:

Uh-oh! Does this mean when we turn on "Private Browsing" that it's not really private?