There is of course a line between being a victim of bad teaching and raw stupidity. Viz ... 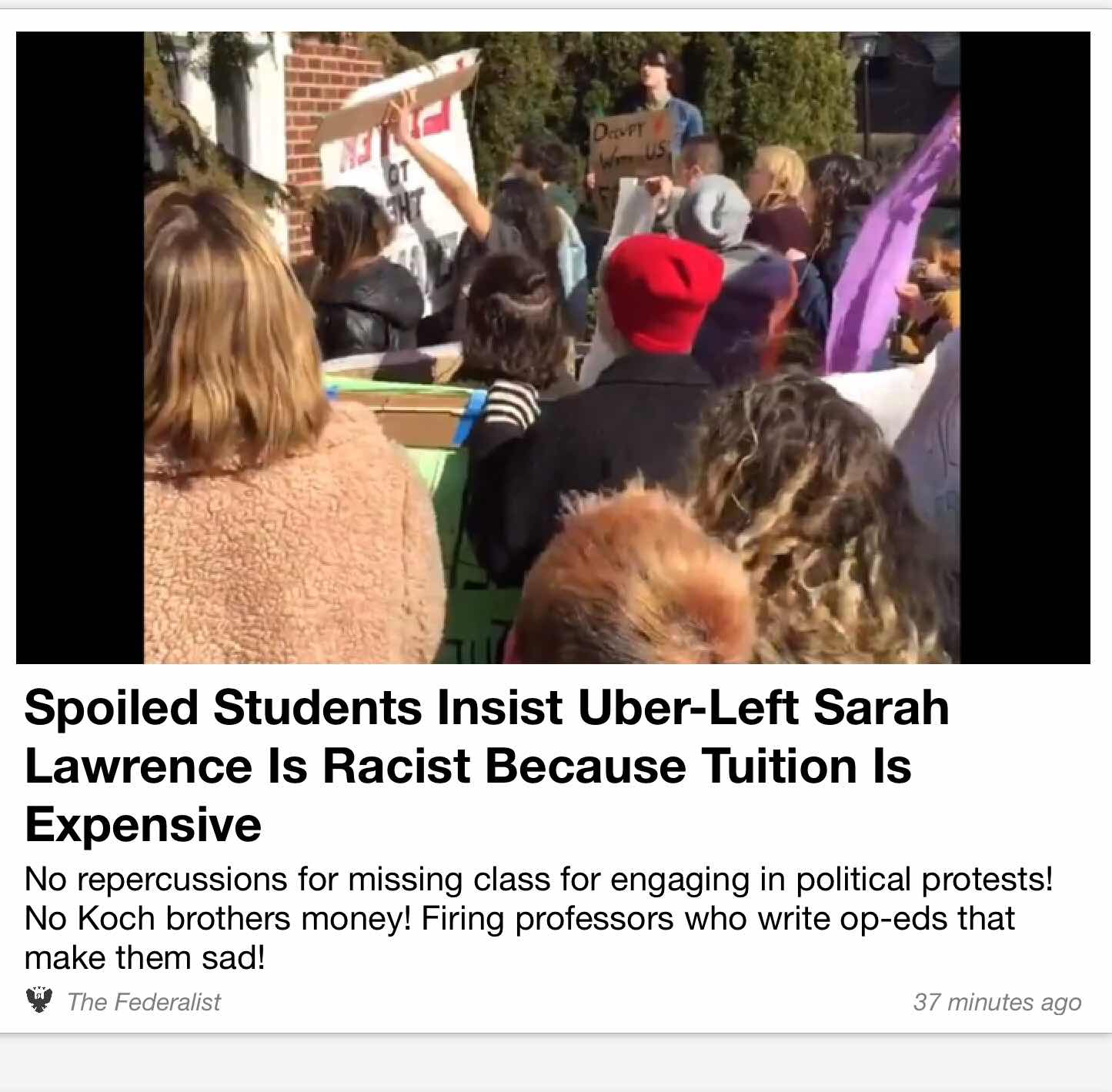 Oh how I wish Froggy were available to pluck his magic twanger and give that bunch of overfed, spoiled freepers a dose of reality. --General Petty Officer Fifth Class Skyhawker Doug

Well isn't that the damn point, to keep Bevvie and Binky from having to rub elbows with the hoi polloi during their husband-hunting years??

Sadie Lou has been radical at least since the 60’s. I dated a girl from there for a while.

They are now also demanding the resignation of one of their Professor's
because he is too Conservative. Probably the only Conservative. Welcome
to the Snowflake nation, it's a epidemic.

Must be spring up there already. The snowflakes are melting.
Barf.
Lt. Col. Gen. Tailgunner dick