ISIS: Need Man Who Can Throw the BOMB 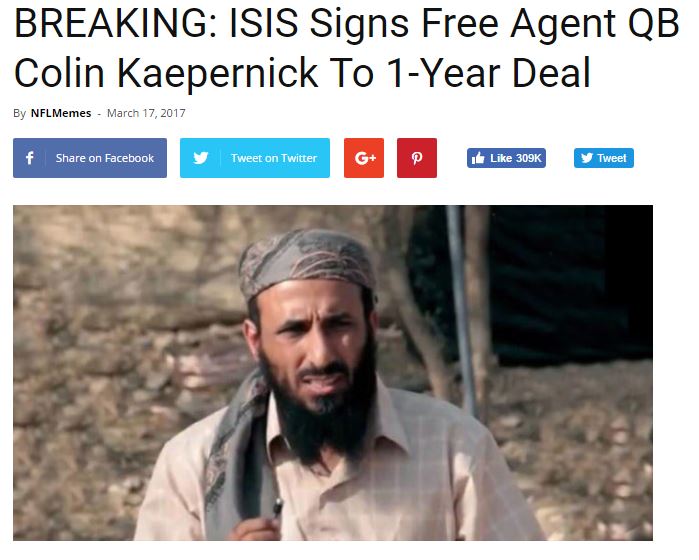 MOSUL, SYRIA – After a period of time where it appeared Colin Kaepernick may be out of a job for quite some time, he’s finally found a home.

According to ESPN’s Adam Schefter, ISIS has decided to sign the former 49ers quarterback to a one-year deal worth in upwards of $7 million.

Kaepernick opted out of his contract with San Francisco weeks ago, and hadn’t garnered much interest even with numerous teams in need of veteran quarterbacks, until now of course.

“We think he can be a strong asset for us, a translator said. “He’s not very accurate, but with bombs and grenades, that isn’t the most important of attributes.”

“He is quite explosive though,” he added. “At only 7 million, he’s a real bang for your buck.”

That's funny, and not so farfetched.

I wonder how long he'd last. " That was pretty spectacular Achmed, he was hit with at least 4 different weapons and now everybody and their aunt is claiming the kill." , "I'm not sure but when we check the videos we'll find that a rigged grenade went off when he pulled the pin."

I'd pay good money to see that sumbitch catch the bomb, but that's about it.

Well, career-wise he screwed the pooch, so it's only fitting he should now hang out with goatfuckers.

But can he also run with the bomb and not just throw it?